Some of America’s smartest college students spend hours a day on Piazza.
By
Peter Coy
@petercoy More stories by Peter Coy
May 7, 2018, 6:00 AM EDT

Piazza Technologies Inc. is a stealth company—largely unknown by the general public but familiar to almost anyone who’s studied computer science in the past few years. Some 2.5 million students use its free website to ask and answer one another’s questions about computers, engineering, math, and science, all under the supervision of their professors. Seven years in, Piazza says 98 percent of computer science students at the top 50 universities access its site; students report using it on average for at least three hours a day. (Or, more likely, per night.) Piazza fans abound in Silicon Valley: “I have used Piazza extensively throughout my education,” Vickram Gidwani, a Stanford grad student in electrical engineering, writes in an email. “It provides a great forum for any topic in the course.”

Now the Palo Alto company is doing the obvious thing—monetizing all those eyeballs. Founder and Chief Executive Officer Pooja Nath Sankar says it gradually dawned on her that Piazza was an ideal space for tech employers and students to meet. In late 2016 the company launched Piazza Careers. Companies pay for access to students who opt in; they can see if a student was ranked a top participant in a class on the site, and they can narrow searches to, say, teaching assistants for artificial intelligence classes who are graduating in 2018. In April, Piazza lured Apple Inc.’s director of global recruiting projects, Sean Celli, to head client partnerships.

Piazza says 90 percent of the messages companies send to students get opened. The career feature is particularly appealing to companies that need tech talent but aren’t necessarily on students’ radar. So far, 80 are on board, including Whirlpool, Airbnb, Nvidia, Quicken Loans, Barclays, and Roche.

On the strength of its networking potential, Piazza (the Italian word for plaza, a meeting place) has attracted $32 million in venture capital from Bessemer Venture Partners, Felicis Ventures, Kapor Capital, Khosla Ventures, Sequoia Capital, and SV Angel. “Piazza has a unique relationship to up-and-coming technical talent,” says Keith Rabois, a managing director at Khosla Ventures. “I sensed a real sort of affection for Piazza among the students. They would, like, smile.”

Sankar, 37, didn’t envision the site as a career platform. The original idea—and still her priority—was to help the kind of student she herself once was: a young woman who struggled to learn programming on her own because she was left out of all-male campus study groups. “I would be alone on the sidelines, too shy to ask for help,” she recalls. The online question-and-answer boards break down the barriers of gender and shyness. Students can choose to ask and answer questions anonymously. “I obsessed about the product based on my own experience,” Sankar says.

Piazza’s founder spent the first years of her life shuttling with her family between two of India’s poorest states, Bihar and Uttar Pradesh. Her father, a physicist, moved the family to Canada when she was 2. They later moved to the U.S., then back to India when she was 11. At home in Patna, Bihar, electricity and running water were intermittent. She often studied by candlelight, using scented coils in a futile effort to repel mosquitoes. Boys and girls were kept strictly separate.

Sankar passed the exam to attend Indian Institute of Technology Kanpur, one of the country’s top engineering schools, where she was one of only three undergraduate women studying computer science. Moving back to the U.S., she went on to earn a master’s in computer science from the University of Maryland at College Park before working as a software developer at Oracle, Kosmix, and Facebook. She soft-launched Piazza in 2009 while attending Stanford’s business school, opened it to all comers in 2011, and started experimenting with the job-­hunting function in 2013.

Now Sankar is using her homework site to help others overcome disadvantages. Piazza provides an alternative to the discussion tools in education management systems such as Blackboard Learning and Moodle, “which are sometimes found to be frustrating,” Lydia Kavanagh, a professor at Australia’s University of Queensland who researched learning tools, wrote in an email. The only disadvantage about Piazza her study identified: “not suitable for conversation.” (Nonetheless, Sankar says some nerds have managed to set up dates on the site.)

The bigger Piazza gets, the better the matches it can make, says Rabois, the Khosla investor. Piazza has the potential to keep growing, he adds, by presenting itself to students as “the best way to start your career.”

BOTTOM LINE - Now that it’s ubiquitous among computer science majors at top colleges, Piazza is pitching itself to recruiters at less-sought-after companies as a way to find better candidates.
Before it's here, it's on the Bloomberg Terminal. LEARN MORE
Have a confidential news tip?
Get in touch with our reporters. 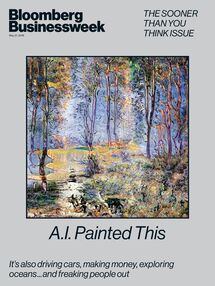