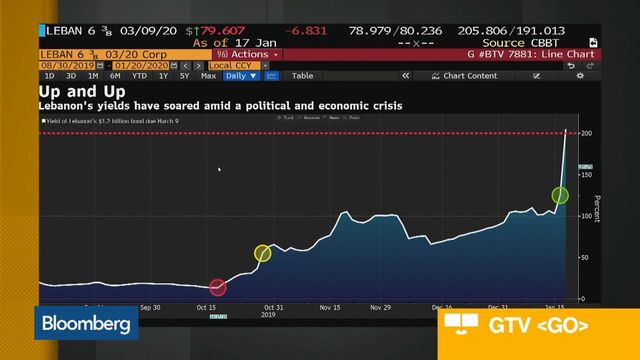 No one, it seems, was able to reason with Khalifa Haftar. If the idea was for an impressive cast of big hitters to apply enough pressure to bring the 76-year-old Libyan military commander to heel, it didn’t work.

On the eve of an international summit in Berlin on Sunday, Haftar followed through on months of private warnings and crippled his country’s oil supplies by shutting down half of production. That was less than a week after he had walked out of talks in Moscow aimed at a durable cease-fire in Libya’s increasingly intractable civil war.

As leaders and diplomats prepared to leave the German capital, they had agreed common ground to work toward peace. Haftar and Libya’s prime minister, Fayez al-Sarraj, must now each name a five-person committee that can meet in Geneva in coming days. But Haftar remains the wildcard, a man who is -- for now -- proving adept at leveraging his influence as world powers become more entangled in Libya’s conflict.

His recalcitrance is particularly vexing for Russia and Turkey, which are giving military support to opposing sides. Russian President Vladimir Putin has backed Haftar, who controls the east of Libya and is trying to take the capital, Tripoli. Turkish counterpart Recep Tayyip Erdogan props up Sarraj’s internationally recognized government.

Both leaders have exploited the vacuum left by the U.S. retreat from the Middle East to carve up spheres of influence, yet they appear to have come to a mutually convenient understanding: bring the rivals to the table to sign a cease-fire and split the geopolitical and commercial spoils in the holder of Africa’s largest oil reserves. It’s not going to plan, though.

Sarraj has signed; Haftar is resisting. One western diplomat said the military man always has to be the bride at the wedding.

Five days ago, Erdogan threatened to teach the army officer a lesson with a commitment to send troops. That rapidly changed the calculus in what has spiraled into a multi-faceted proxy war, though it seems more for Putin than Haftar at the moment.

Erdogan’s forceful entry into the fray thrust Libya to the top of the diplomatic agenda, according to Jalel Harchaoui, a research fellow specializing in Libya at the Clingendael Institute in the Netherlands. It was like “an abscess finally bursting,” he said.

It certainly added a degree of urgency to the desire of Europeans, themselves split over how to solve the conflict, to be seen to at least be trying to do something almost a decade after airstrikes led by France and the U.K. helped rebels topple dictator Muammar Qaddafi.

France and Germany want to prevent Islamic militants and migrants from crossing into the European Union. Turkey, with now an outsized role in Syria and Libya, has the ability to control those flows, while Haftar is considered key in the fight against jihadis.

That was the backdrop as Chancellor Angela Merkel went into high gear to summon Libya stakeholders to Berlin. The powwow may, though, have always been doomed.

Haftar and Sarraj, 59, have not met in person in a year and were kept studiously apart in Berlin, attending separate meetings and staying in different hotels. Efforts to bring them together have failed too many times in recent memory.

The two men could not be more different in both their background and temperaments. Haftar is a military veteran who served under Qaddafi in the 1980s only to fall out with him and wind up spending two decades in exile in the U.S. trying to topple the dictator. Sarraj is an architect by training.

The Libyan prime minister openly despaired at the abandonment of the Europeans since the overthrow of Qaddafi in 2011, forcing him to turn to Turkey in the latest conflict. “Where were you?” he said in an interview in Berlin. “Why didn’t you step up? The field was open to you.”

Haftar, meanwhile, has shown an unpredictable quality that has caught leaders off guard. After his move to stifle Libya’s oil industry, crude jumped in Asian trading. The blockage at ports is expected to cut the country’s output by about 800,000 barrels a day.

His presence in Berlin could be felt even when he was not in the room. As U.S. Secretary of State Michael Pompeo was getting ready to leave, a rumor took hold that Haftar too had departed Berlin. It turned out not to be true, but it spoke to the aura of suspense around a man who dared walk out on Putin when he was summoned to Moscow last week.

At one point Haftar, who is said to like a late afternoon nap, left the Chancellory and returned to his hotel. When it was time to brief him, officials were told that he was “resting,” according to a western diplomat.

He was no more amenable to Egypt, which provides military assistance, and the United Arab Emirates, which conducts drone strikes on his behalf, as they tried to get him to sign on the dotted line.

The German hosts, managing expectations, said that neither Haftar nor Sarraj were official participants. Merkel saw both in the morning. The U.S. camp wasn’t impressed. The inability to bring those directly fighting each face to face means nothing can really change, according to one senior U.S. official. The sense of impotence and frustration bled into the open.

“Come on folks, this has gone on long enough,” British Prime Minister Boris Johnson told television cameras as he arrived at airport. “It’s a disgrace. Yes we got rid of Qaddafi back in 2011, but it’s time now to move on.”

Merkel herself, in the final news conference, said that she was “under no illusions and that the road ahead was still hard.”

Sergei Lavrov, Russia’s top diplomat and foreign minister for 16 years, was blunt. “It’s clear that it is not yet possible to establish a stable serious dialog between them,” he said. “The differences in approaches are too great.”

(Adds details from western diplomat in sixth, 17th paragraphs.)
Published on January 19, 2020, 7:12 PM EST
Updated on January 20, 2020, 5:20 AM EST
Have a confidential tip for our reporters?
GET IN TOUCH
Before it's here, it's on the Bloomberg Terminal.
LEARN MORE