Canada’s Trudeau to Speak to Trump With Spat Over Masks Brew...

Canada’s Trudeau to Speak to Trump With Spat Over Masks Brew...

Canada’s Trudeau to Speak to Trump With Spat Over Masks Brew...
Technology 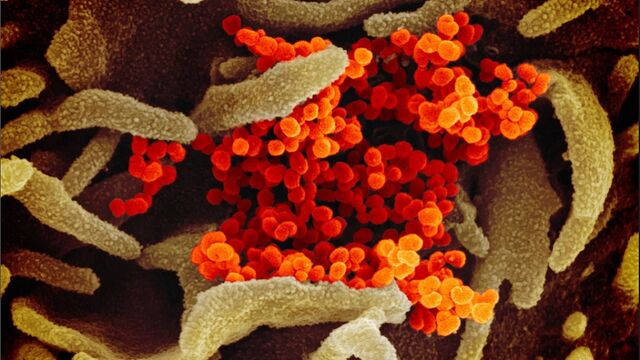 Coronavirus: A Cell Biologist Explains How a Virus Mutates and Spreads

China’s state-owned medical products maker is collecting plasma from the blood of people who have recovered from the novel coronavirus after discovering it helped critically ill patients.

China National Biotec Group Co. has been using this plasma, which contains highly potent antibodies, to treat more than 10 seriously ill patients since Feb. 8, the company said in an statement on its official WeChat account Thursday night. It claimed that those receiving the treatment improved within 24 hours, with reduced inflammation and viral loads along with better oxygen levels in the blood.

Drugmakers and the Chinese authorities are racing to develop a cure for the contagion that has so far killed more than 1,300 people, infected over 63,000 and has no approved treatment or vaccine. China has also unleashed a flurry of clinical trials -- as many as 77 have been registered -- in a bid to curb the outbreak that’s threatening its economic growth.

The announcement triggered a rally in the stocks of blood product makers on Friday. Beijing Tiantan Biological Products Corp., Shanghai RAAS Blood Products Co. and Hualan Biological Engineering Inc. jumped to their daily trading limit of 10%, according to data compiled by Bloomberg.

“Patients who have recovered from the novel coronavirus pneumonia, will generate antibodies that can kill and remove the virus,” the company said in the statement, citing unidentified experts. “In the absence of a vaccine and specifically targeted drugs, using this plasma is the most effective way to treat the infection and can significantly reduce the death toll.”

China National Biotech also called on people who have recovered from the disease to donate their plasma in a separate statement.

— With assistance by Dong Lyu