By
Jennifer Epstein
and
Tyler Pager
Updated on

By
Jennifer Epstein
and
Tyler Pager
, 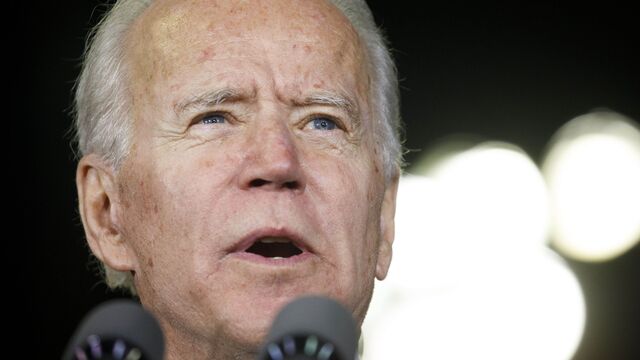 Who Is on Joe Biden's VP Shortlist?

Democrats around Joe Biden are angling to provide alternatives to Kamala Harris as his running mate, long seen as the front-runner for the post, as his vice-presidential selection process enters its final stage.

Although Biden said Tuesday that he would announce his pick the week of Aug. 3, people familiar with the process said they’re planning for a rollout the week of Aug. 10, giving the new Democratic ticket only a few days to campaign together before the party’s convention, which begins Aug. 17.

Biden allies have let it be known that California Representative Karen Bass, chairwoman of the Congressional Black Caucus, is being seriously considered, and Bass is doing her own campaigning.

Biden friends and donors have been critical of Harris in recent news reports, both openly and anonymously, in terms that have generated backlash from women’s groups for their sexist undertones. They all suspect that the California senator is Biden’s top choice as he begins one-on-one meetings with the top candidates in the coming days.

Candidates have not yet been formally rejected after an intensive vetting process but a few have emerged as the most likely choices.

In addition to Harris and Bass, former Obama National Security Adviser Susan Rice is still at the top of the list, while Massachusetts Senator Elizabeth Warren, who’s been advising Biden on economic issues, and Illinois Senator Tammy Duckworth, a decorated combat veteran who lost her legs in Iraq, remain in the mix.

Dozens of Black clergy members wrote to Biden Friday urging him to pick a Black woman to garner enthusiasm for a history-making ticket.

“We are writing to caution the Democratic party that it takes Black enthusiasm, the key determinant for turnout, for granted at its own peril. The party will make a fatal mistake in assuming that sentiment against the opposition will be enough to motivate African Americans to overcome the most organized voter suppression apparatus in history to surpass Obama-era levels,” the letter said.

Biden’s vice-presidential selection has an added importance, given that he would be 78 at his inauguration, making him the oldest U.S. president.

Bass, a late addition to Biden’s list, has recently emerged as a top contender as she’s made her case as a team player who won’t outshine Biden. Bass has also received the backing of House Democrats, who’ve praised her work on police reform and her ability to work with Republicans.

But Biden doesn’t know Bass very well, which is particularly important to him because he’s looking to replicate the bond he and President Barack Obama shared when Biden was vice president. And her progressive record could give him pause as he anticipates how the little-known congresswoman will be received on the national stage.

Just Friday, a report emerged that Bass had traveled to communist Cuba to work with a pro-Castro group as a high school student in the 1970s. Also Friday, the Daily Caller resurfaced a video of Bass praising the Church of Scientology at a church event in 2010, when it was already facing scrutiny for its treatment of members.

Some of the deliberations around the running mate have burst out into the open this week. Politico reported that former Connecticut Senator Christopher Dodd was unenthusiastic about Harris, in part because of her attack in a debate last summer on Biden’s opposition to a federal mandate for busing in the 1970s, a time when Harris was bused across town as a schoolgirl. The report said he also didn’t like her answers about it, which seemed glib.

Others in Biden’s orbit still harbor a grudge against Harris, as some griped to CNBC that she was too “ambitious” to be a loyal second-in-command.

“She would be running for president the day of the inauguration,” Florida donor John Morgan told CNBC. “For me loyalty and friendship should mean something.”

Harris sought the presidency in the Democratic primaries this year and would almost certainly build a campaign operation from the vice president’s office, as many vice presidents have done.

But much of that griping backfired, as prominent Democratic women complained that using the term “ambitious” is only applied as a negative to women, but never men.

Even Biden campaign manager Jen O’Malley Dillon spoke out. “Ambitious women make history, change the world, and win. Our campaign is full of ambitious women going all out for Joe Biden,” she said Wednesday on Twitter. “He will make this decision, and this is clear: whoever he chooses from the very qualified options to help him win & unite the country, she’ll be one too.”

Women’s groups are preparing to support Biden’s vice-presidential pick and to fight any sexist attacks. UltraViolet is leading one effort, which will include rapid response, mobilizing its network of allied groups and influential voices, and holding social media companies accountable for sexist disinformation conveyed on their platforms.

Biden has worked with a small inner circle on the vice-presidential selection process but his most candid conversations are likely to be with his wife, Jill, and sister, Valerie Biden Owens.

Throughout his four months of vetting and deliberation, Biden and his team have tested many of the candidates at events with him, Jill or other surrogates. Bass brought Biden to Roscoe’s House of Chicken and Waffles in Los Angeles just before polls closed on Super Tuesday and joined him again on Thursday for a virtual fundraiser that raised $2.1 million. On Friday night, Warren and Biden appeared at their second joint fundraiser, which brought in $1.7 million. His campaign has recently sent its supporters fund-raising emails signed by Harris and Rice.

Harris’s fundraiser with Biden brought in more than $3.5 million, the second-highest amount behind Warren, who brought in $6 million at her first event with Biden in June.

There have also been efforts on Harris’s behalf, including a call this week with Biden’s team organized by California Lieutenant Governor Eleni Kounalakis featuring elected officials and labor leaders in the state.

Biden, Obama’s vice president for eight years, has spoken at length about the qualities he is looking for in a running mate. He has said he wants to ensure the person is “simpatico” with his values. He has also said he is focused on selecting someone who is ready to lead immediately.

There is widespread speculation Biden would only serve one term if elected. In that case, his running mate would start as an early front-runner for the Democratic nomination. Some Democrats want him to then pick a vice president with no interest in the Oval Office so she won’t be running for president during his term and so the 2024 nominee is not a fait accompli.

“One of the factors that any nominee considers when choosing their running mate is the political aspirations of that running mate. You don’t want someone who is aggressively looking to elevate themselves for a potential run in four years or eight years,” said Patti Solis Doyle, Hillary Clinton’s 2008 campaign manager and then Biden’s campaign chief of staff that same year. “You’re looking for a partner. You’re looking for someone who can help you govern.”

(Adds letter from Black clergy in 7th and 8th paragraphs)
Published on
Updated on
Have a confidential tip for our reporters?
GET IN TOUCH
Before it's here, it's on the Bloomberg Terminal.
LEARN MORE