Trump Claims Coronavirus Vaccine May Be Ready Within Four Weeks

Trump Claims Coronavirus Vaccine May Be Ready Within Four Weeks 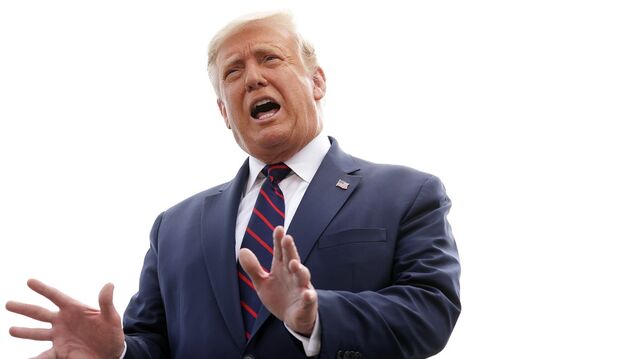 Trump says that a Covid-19 vaccine could be ready within four weeks. He speaks at a town hall event hosted by ABC News.

President Donald Trump again raised hopes -- and concern -- about swift U.S. approval for a coronavirus vaccine, saying at a town hall event hosted by ABC News that the shot could be ready within four weeks.

“The previous administration would have taken perhaps years to have a vaccine, because of the FDA and all the approvals,” Trump said on Tuesday. “We’re within weeks of getting it. You know, could be three weeks, four weeks.”

Trump’s timetable is far more optimistic than estimates by drug industry executives or other government officials, including National Institute of Allergy and Infectious Diseases Director Anthony Fauci. He has said to expect a vaccine approval closer to the end of the year with broad distribution next year.

Public health authorities have raised concerns the White House is pressuring the FDA to approve a vaccine before the election on Nov. 3, and drug companies developing a shot have jointly said they would not put forward a vaccine until it had been thoroughly vetted for safety and efficacy.

Trump offered his three-to-four-week prediction after a man who identified himself as a conservative diabetic told the president he was pleased with his response to the pandemic until about May 1. The man said he felt he had to dodge people who refuse to wear masks or socially distance and accused Trump of leaving vulnerable people exposed.

Trump made a broad defense of his response to the pandemic, which has killed more than 196,000 Americans since February, and said again that the virus “is going to go away.”

“It would go away without the vaccine,” he told the host, George Stephanopoulos. “You’ll develop like a herd mentality, it’s going to be herd developed, and that’s going to happen. That will all happen.”

Some of Trump’s supporters have said the nation should pursue “herd immunity” to the virus by exposing people who are unlikely to die to infection while protecting more vulnerable people.

Stephanopoulos noted that Fauci has disagreed that the virus will disappear on its own.

The Washington Post has reported that Atlas, a neuroradiologist associated with Stanford University’s conservative Hoover Institution who advises Trump, has urged the president to pursue a herd immunity strategy. Atlas has previously denied that report.