Students at the Costliest MBA Programs Have Buyer’s Remorse

Paying $80,000 or more for a year of virtual education now seems like a bad deal to many.

MBA students at some of the most expensive and prestigious programs are having buyer’s remorse, spurred by Covid-19.

Students felt the price tag of their programs—some more than $80,000 annually for tuition, fees, and other charges—wasn’t worth it, even after the changes required by the coronavirus pandemic, according to a survey of 3,532 MBA students at 95 graduate programs around the world. Bloomberg Businessweek conducted the study from May to early August.

The survey was done in place of Businessweek’s annual MBA ranking because of the disruption brought by the pandemic.

Many MBA students borrow for the cost of their education, which is often a higher price tag than college. Universities are eager to have them, especially foreign students, as they help generate much-needed revenue. That’s all changed with the pandemic and international travel restrictions, potentially damaging the long-established revenue model.

Among MBA students in programs ranked in the top 10, 63% agreed that the price tags weren’t justified, according to the survey.

Andrew Karas is one the respondents who agreed. Last month he began the second year of his MBA program at the University of Pennsylvania’s Wharton School, via Zoom from the Philadelphia apartment he leased for the two-year duration. Wharton ranked sixth in the 2019-20 U.S. rankings.

In a follow-up interview by Zoom, clad in a Wharton T-shirt and with a city of Chicago flag on his wall, Karas said he feels the value of the program is diminished by being online, he doesn’t understand why Wharton doesn’t behave like any other business whose services changed, and the school should offer a partial refund.

“It’s disturbing to me that they feel entitled to ask us to pay the whole full freight of tuition. It shows a lack of recognition of the massive resources that they have that alumni have contributed,” said Karas, who wants to pursue a career in real estate development, creating places for people to live in urban centers.

All Penn graduate, professional, and undergraduate students received a 10% reduction in the “general fee,” which for Wharton MBAs turned out to be a cut of $350. Tuition for the second year of his MBA program remained flat after the school rolled back a planned 3.9% increase.

Karas said he also received $5,000, which he credited toward his bill, from the school’s Wharton MBA Financial Relief Fund to make up for income he lost when his planned summer internship was rescinded.

Wharton assembled a task force of faculty, staff, and students to discuss opportunities and vet the most viable for student engagement now and in the future, Dean Erika James said in a statement. The relief fund helped almost 1,300 MBA students with awards of up to $7,500.

“In keeping with our commitment to student excellence, Wharton amplified our support of students’ academic and career goals through a range of new initiatives and outreach,” said James, who began as dean in July. “We continue to appreciate our students’ willingness to trust us as we embark on this new reality, together.”

In the survey, 24% of respondents indicated that they received some form of reimbursement from their schools. Overall, students reported a median tuition refund of $550 and a median refund for room, board, and other fees of $500. The figures don’t include schools that may have offered refunds after the survey was completed.

“We made prudent and necessary updates to our technology to facilitate a better virtual environment, and our faculty participated in intensive training on instructional design and best practices for online teaching,” says spokeswoman Rochelle Ritchie. “We’ve incorporated additional support and virtual engagement opportunities that still allow students full access to our renowned faculty, program staff, and career management center.”

Still, much of the MBA experience had been billed as the connections made among professors and peers, built by scores of personal and sometimes impromptu interactions, as students aim to create professional networks that can last a lifetime. The pandemic deprived them of those in-person connections for the last months of the semester.

“As someone who received a full ride from a different school, I will live with some uncertainty about whether I made the right decision,” said Karas, the Wharton student. “The high cost of tuition in a year where in-person interaction has been completely eliminated doesn’t help me sit any more comfortably with that decision.”

MBA students outside the U.S. had similar concerns. A 30-year-old student from a top-ranked European school said in comments on the survey that his school should rethink its model: “A one year MBA that was 60% online is not worth a 85k investment. Huge disappointment.”

Another student at a top European school said, “It is paramount for the school to accept the experience is vastly different than what we hoped for and issue tuition refunds rather than fighting the fact and implying that the experience is the same.” —With Mathieu Benhamou

Details of how we conducted the survey, which includes students from top-ranked schools in the Bloomberg Businessweek 2019-20 MBA ranking such as Stanford, Dartmouth, Harvard, IMD, Insead, and Ceibs, can be found here. A more detailed look at the entire survey’s results can be found here. 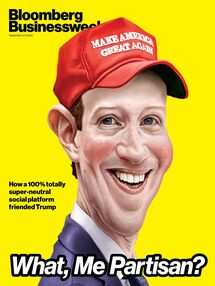