His handling of Covid-19 and Brexit has increased calls for another referendum on independence.

Crossing into Scotland on the A1 highway after passing the English town of Berwick-upon-Tweed is a blink-and-you’d-miss-it moment. A sign says “Welcome to Scotland” in both English and Gaelic, and a couple of blue-and-white Scottish flags flap in the wind off the North Sea. A dilapidated burger van caters to anyone who decides to stop. While the 96-mile border may be largely invisible, this is a different country, where the legal and educational systems, health service, some taxation, and—most prominently as infections spread again—the handling of coronavirus all diverge from England’s. The two nations that joined together politically in 1707 to form Great Britain feel more like a socially distant couple still cohabiting in the same household.

Divisions over the approach to the pandemic have compounded four years of acrimony over leaving the European Union, which voters in Scotland opposed. The administration in Edinburgh, run by the pro-independence and anti-Brexit Scottish National Party, is agitating for another vote on breaking away from the rest of the U.K., something British Prime Minister Boris Johnson won’t countenance.

The SNP has dominated Scottish politics for more than a decade, and polls show it on course to win big again in May elections for the Scottish Parliament. Popular support for forming Europe’s newest nation-state, meanwhile, now has a clear majority among the population of 5.5 million. The latest polling—with undecideds stripped out—puts independence as high as 55%, vs. 45% for remaining in the U.K., the reverse of the referendum result six years ago.

Nicola Sturgeon, the SNP leader who also heads Scotland’s semi-autonomous government, seemed to handle the coronavirus crisis better than the beleaguered Johnson as the U.K. recorded the highest death toll in Europe. The rates of infection in more sparsely populated Scotland aren’t much better than in England, but the perception is that she’s more in control and her message is clearer.

Compared with England, there’s been scant debate over wearing face masks. A U-turn on grading high school students caused an uproar that was over in days; in England the same decision to abandon a controversial algorithm and revert to assessments by teachers is still playing out. Sturgeon’s government published a road map out of lockdown in April, and Scotland maintained working-from-home as the default position while England had previously been keener to get people back into offices. Sturgeon and Johnson unveiled new lockdown measures on Sept. 22 after scientists warned that cases could spike to as many as 50,000 a day in the U.K. by mid-October. They agreed to a broadly united approach, though Scotland restricted visits between households while England didn’t.

Indeed, Sturgeon has increased her popularity, while Johnson’s Conservatives are polling at their worst since before he became leader last year. As a bumper sticker on a car in a quiet Edinburgh suburb declares: “Ignore Boris. Listen to Sturgeon. Stay Safe.” “I don’t think it’s a coronavirus bounce, it’s a leadership bounce,” says Nicola McEwen, professor of politics at the Centre on Constitutional Change at Edinburgh University, of Sturgeon’s popularity. “There are some policy differences, but there are very contrasting views on the performance of the leaders. People in Scotland judge Sturgeon much more favorably than Johnson.”

Johnson’s problem is that even as he ignores the disquiet in Scotland, he’s a big part of why it won’t go away. Every dire economic statistic or twist in the Brexit saga becomes material for the message that Sturgeon and her party want to send: Things would be different if Scotland had full control of its affairs.

Johnson says Scotland’s powers will be enhanced after the U.K. leaves the EU, but a U.K. trade deal that might boost the unionist cause seems to be slipping away since the British government said it would break international law by reneging on part of its Brexit withdrawal pact. Meanwhile, a bill to create a single internal market also means Scotland would lose control over standards on such things as food and the environment. Sturgeon called the legislation a “full-frontal, no-holds-barred assault on devolution” on Sept. 17, adding, “Many, many eyes in Scotland are being opened to the fact that we would be much better off in charge of our own destiny rather than being governed by a U.K. government of this nature.”

There’s little Scotland can do about it. A crowdfunded lawsuit by independence campaigners that’s due to start in Edinburgh on Sept. 30 will ask a court to rule that the Scottish Parliament already has power to hold a referendum without London’s permission. It’s a long shot and isn’t backed by the Scottish government, but the action would force the U.K. to prove in court that Scotland doesn’t have the remit. The group hired the Scottish lawyer who successfully argued the case to overturn Johnson’s suspension of the U.K. Parliament last year.

After London rebuffed her demands for another independence vote, Sturgeon is playing the long game. Next spring’s Scottish election will effectively be a plebiscite on the right to hold a referendum. “They certainly have a better than 50% chance of being able to get an overall majority,” John Curtice, professor of politics at the University of Strathclyde in Glasgow and the U.K.’s most prominent psephologist, told BBC’s Newsnight show on Sept. 3. “And if that does happen, then I think it will be difficult to avoid another referendum within a two- or three-year time period.”

After that comes the question of a campaign. Warnings over the economy, currency, and staying in the EU helped shore up the union last time. Now EU membership is on the other side of the argument. But the economy will still be a factor if a vote comes. North Sea oil was a cash cow years ago, but its best days are behind it. Funding such things as university tuition and medical prescriptions—free for Scots while the English have to pay—could become painful. Figures published in August showed Scotland’s budget deficit last year, at 8.6% of economic output, would have been more than three times that of the U.K.’s as a whole if it had to fend for itself.

The leader of the Conservative Party in Scotland, Douglas Ross, says the havoc caused by the coronavirus shows it’s time to end the politics of “us vs. them” and what he calls “the grievance culture that so dominates Scotland’s national life.” Johnson has tried to play up the union, promising Scotland will get its fair share of post-Brexit investment and a revitalized fishing industry. He visited Scotland in July and vacationed there a month later. However, fostering unity with the Scots will be a tough task.

Over the summer, Sturgeon said she’d quarantine English visitors if cases spiked because England had eased its lockdown too quickly. The threat would have been difficult to carry out. Yet Johnson only served to rile the nationalists up north, declaring: “There is no such thing as a border between England and Scotland.”

On the A1 and other routes running north to south, that might seem the case. What’s already clear, however, is that the dotted line is looking more indelible in the minds of Scots. The British government, current or future, may have no choice but to confront the issue of a referendum.

That’s still not inevitable, says McEwen at Edinburgh University. “The U.K. government could let it rumble on,” she says. “But if there are continued increases in support for independence then refusing a referendum becomes less sustainable.”

BOTTOM LINE - Brexit and Covid-19 have combined to move Scots ever more toward exiting the United Kingdom. The problem is that, for now, London decides whether there’ll be a new referendum.
Before it's here, it's on the Bloomberg Terminal. LEARN MORE
Have a confidential news tip?
Get in touch with our reporters. 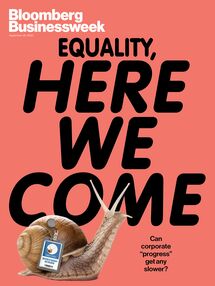