Italy to Join France and U.K. With Curbs as Cases Hit Record

Italy to Join France and U.K. With Curbs as Cases Hit Record 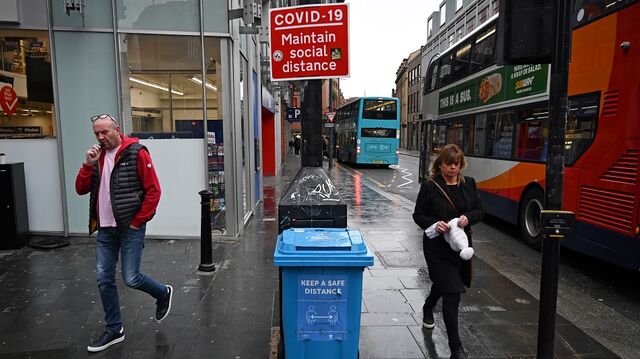 Sign up here for our daily coronavirus newsletter on what you need to know, and subscribe to our Covid-19 podcast for the latest news and analysis.

Italy is considering new restrictions on public life as fresh curbs on movement took effect in London and Paris in Europe’s escalating efforts to check its coronavirus surge while limiting economic harm.

Italian Prime Minister Giuseppe Conte is planning to announce the new measures on Sunday, according to a statement from his office. Londoners are now banned from mixing with other households indoors, while people in Paris and eight other French cities are confined to home between 9 p.m. and 6 a.m. for four weeks.

The increased restrictions come as new cases hit daily records across much of Europe. France reported 32,427 infections on Saturday, Italy posted 10,925 new cases, the U.K. had 16,171 and Germany 7,695. Chancellor Angela Merkel appealed to her citizens to meet with fewer people indoors or outdoors.

“How winter and Christmas work out will be decided in the coming days and weeks through the sum of individual actions,” Merkel said in her weekly podcast, stressing the importance of refraining from unnecessary journeys and celebrations.

Italy’s Lombardy region, which includes Milan, has reined in alcohol consumption and gambling, and Conte’s government may order bars and restaurants to close at 10 p.m., ban some sporting activities and change hours for high schools to prevent congestion, according to government officials, who asked not to be identified in line with their policy.

After broad lockdowns triggered some of the worst recessions in living memory, European officials are eager to stick to local restrictions targeted mainly at urban virus hot spots this time around. But with Europe heading into the winter, when people will be unable to spend as much time outdoors and transmission rates are likely to rise, getting back to normal appears some way off.

France has put in place a curfew effective Saturday in the Paris region and eight other metropolitan areas, confining people to their homes between 9 p.m. and 6 a.m. for four weeks.

In Belgium, which has the most cases per-capita in Europe except for the Czech Republic, the government has gone for national measures.

Prime Minister Alexander de Croo said hospitality restrictions, along with a midnight to 5 a.m. curfew and curbs on alcohol sales and gatherings, will take effect Monday for four weeks. Work from home will be mandatory wherever possible. Bars in Brussels were already closed last week.

“By many measures, the numbers are worse than they were in March or April,” De Croo said during a news conference. “And I bring no good message: those numbers will likely keep rising in the coming days.”

Belgium’s experience suggests that the prospect of national shutdowns in growing likelier, even after leaders including U.K. Prime Minister Boris Johnson and French President Emmanuel Macron vowed to do everything possible to keep their economies running.

“Everyone is worried about a second, full lockdown,” said Natalie Diaz-Fuentes, co-owner of London’s Santo Remedio Mexican restaurant and bar.

The top U.K. teachers’ union is pushing for a two-week nationwide “circuit-breaker” lockdown that would extend the half-term school break, according to a report in the Telegraph.

Authorities in Lombardy on Friday told bars and restaurants to start closing at midnight, suspended gaming, and banned establishments from serving alcohol after 6 p.m. except to patrons seated at tables. Restrictions for high schools and sports events were also announced.

(Updates with new French numbers in third paragraph)
Published on October 16, 2020, 8:29 AM EDT
Updated on October 17, 2020, 2:32 PM EDT
Have a confidential tip for our reporters?
GET IN TOUCH
Before it's here, it's on the Bloomberg Terminal.
LEARN MORE