New restrictions are hitting just as the dining scene was beginning to welcome back customers.

The restaurant industry in Europe and the U.K. had a near-death experience in the spring and summer. In fact, many establishments—including posh spots like The Ledbury and Le Caprice in London—didn’t make it through. Government subsidies and job retention programs helped keep much of the rest alive. However, as restrictions are reimposed to tamp down a severe surge of Covid-19, the nightmare may be recurring—just when many places had tentatively figured out how to welcome back customers.

In the U.K., daily infections stood at nearly 20,000 on Oct. 14, compared with less than 400 on a day in early July, about the time the first full lockdown ended. The government has now selectively imposed different tiers of lockdowns throughout the country. London is now in Tier 2: Restaurants aren’t allowed to accept groups of customers from more than one household—and each group can only be a maximum of six people.

“It is incredibly frustrating,” says Jyotin Sethi, co-owner of the JKS Restaurant Group (which includes Lyle’s, Flor, Gymkhana, and Berenjak, among several others). “We are going to have to deal with the stop-start, changing guidelines, a Tier 1, Tier 2, Tier 3, circuit breaker lockdown for the next six months with no confirmed government support.” He tries to put a stoic frame on the situation. “The well-financed restaurants will survive and find a way through, but a number won’t,” he says. “The guys who have prepared for a longer period of downturn will find a way through. You have to be flexible, have to try new things, the goalposts will be constantly moving.”

“We are going to lose tables of four and sixes coming from separate households,” says Isaac McHale, chef of Clove Club, a perennial on the list of the World’s 50 Best Restaurants. “Prior to that, we were losing less money than when we were closed.”

France saw the number of daily infections hit 30,621 on Oct. 15, the highest on record; and the government has imposed a 9 p.m. curfew on several major cities, including the capital. It doesn’t work with the way the city likes to eat and drink. Says Mourad Mazouz, who owns 404, Derrière, and Andy Walhoo: “In Paris, restaurants open at 8 in the evening. Nobody comes to eat at 5 or 6. I don’t see how I can carry on. If the staff need to be home by 9, they’ll need to leave at 8, 8:15. It is a drama.” He takes some comfort in continuing government support. And in an insurance policy that managed to have a Covid clause in it. “But we have to talk to the insurers and make sure if they will pay if we close.”

Copenhagen has mandated a 10 p.m. shut-off for restaurants, with a steep penalty if guests are still on the premises after that time. It’s less draconian than in Paris but still a tough schedule for a city where diners like to start their meals after 6 p.m. Nevertheless, Rosio Sanchez, an acolyte of Noma’s René Redzepi, is going ahead with the Oct. 23 debut of her second sit-down Mexican restaurant since her eponymous Sanchez opened to much acclaim in the trendy Vesterbro district in early 2018. “We have been planning this for a couple of years now,” she says in a phone interview. “It has been delayed by issues that are out of our control. And now we are ready, we can’t not open.” Many of her staff—some of whom are in Denmark on work visas—are depending on it for employment.

Her new place, Hija de Sanchez Cantina, is located beyond the center of Copenhagen, way past the statue of the Little Mermaid, in the sprawling Nordhavn development, which is still very much a work in progress. She says Cantina—which is larger than the Vesterbro restaurant—can accommodate 65 diners, but Covid rules have limited that to 55. “It is always a risk to open a restaurant,” says Sanchez, but the virus “is upsetting everything.” Her first restaurant now opens at 5 p.m. to try to make up for the early closing time, “but no one is there,” she says.

Danish civic discipline has kept local infection rates relatively low—on Oct. 15 the total daily infections for the country were 430, though that was still much higher than its summer lows. However, the surge in the rest of the continent has kept tourists out—and Copenhagen’s top restaurants depend on foreign foodies. Sanchez remains upbeat, though. Her first restaurant and two takeaway taquerias have made her many Danish fans. “I am so happy to see a lot of locals come,” says the chef, who is Chicago-born of Mexican descent. “We are busy at weekends because we have seen huge support of locals.”

In other parts of Europe, however, even local support is being suffocated by the fresh restrictions. In Spain, daily cases were at more than 13,000 in early October, compared with below 200 in mid-June; and on Oct. 14 the Catalonia autonomous region announced that all bars and restaurants would completely close for 15 straight days. Local and foreign customers had already dried up. In mid-September in Barcelona, the Barri Adria group of restaurants—run by Albert Adrià, whose brother Ferran was chef of El Bulli, the mecca of molecular gastronomy on the Costa Brava—said it was temporarily closing. One restaurant insider doesn’t expect the Spanish industry—already hobbled by previous restrictions—to start to recover till 2022.

“We can’t do what we do best,” says McHale of Clove Club. But he puts the industry’s travails in perspective. “I see chefs saying that restaurants have been hung out to dry and got a raw deal. But hairdressers, musicians, people who plan events, nightclubs, organized sports, theaters feel exactly the same. We are in businesses that are social; we realize their fragility when people have to stop seeing each other.”

Preparing for Cantina’s opening in Nordhavn, Sanchez is staying positive. Recently married, she likes the idea of being home earlier. But she’s also trying to be inspired by something a friend—Alex Stupak, who runs high-end Mexican restaurants in New York—told her: “Beyoncé has the same number of hours in the day as you do.” Says Sanchez, “You can always really push your boundaries and use the most out of your day to get a lot of stuff done.” 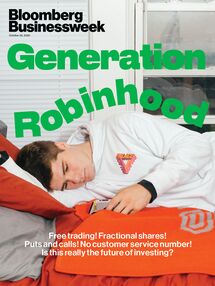