In Shreveport, officials grapple with economic hardship, a racial divide and a skeptical public

In Shreveport, officials grapple with economic hardship, a racial divide and a skeptical public 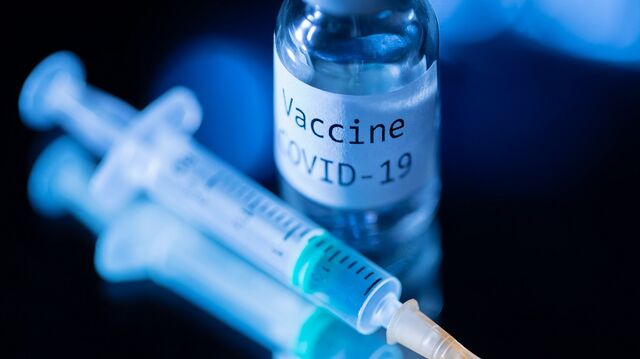 A Covid-19 vaccine may be months from reaching millions of Americans. Getting all those shots into arms will be a monumental task. Shreveport, Louisiana, is getting ready now.

The city recently completed a test run, one of about a dozen across the state. Health officials there organized the community’s first-ever drive-thru flu shot clinic in the massive parking lot of the Louisiana state fairgrounds.

Drivers rolled down their windows and rolled up their sleeves as they pulled up to tents for the largest vaccination event the regional health department has ever hosted. Cheerful and fast-working nurses jabbed them with vaccines. Within about five minutes, people were on their way, exiting the parking lot while passing a row of food stands selling corn dogs, roasted nuts and lemonade.

In the near future, that’s just the way officials hope it will go for a Covid-19 vaccine. A poor state that's seen its share of hurricanes, floods and tornadoes, Louisiana is trying to get out front of the challenge. The state's health department decided early on to run test clinics in each of its nine public-health regions, using this winter's flu shot as practice to eventually distribute millions of Covid-19 vaccine doses.

“Unlike with testing, we have the luxury to have four to five months to plan,” said Frank Welch, a doctor who is Louisiana’s immunization director.

Still, the pressure is on. The worst pandemic to ravage the country in a century is raging out of control and hospitals are filling up across the country as winter approaches. Fortunately, formulas from Pfizer Inc. and BioNTech SE as well as Moderna Inc. have displayed stunning efficacy in early test results, with initial shipments perhaps just weeks away.

But even in the best case scenario of a timely vaccine approval, state governments will struggle to get the rampaging virus under control. And they must do so amid a chaotic transfer of presidential power and a lack of clear policy guidance. Making matters more challenging is the lack of confidence many Americans have in the safety of a vaccine. Only about half of adults say they would get a Covid-19 vaccine if one were available, according to a September survey from the Pew Research Center.

Louisiana has an ambitious plan to vaccinate its nearly 5 million residents. The first doses will be limited, most likely, to a few health-care workers. Louisiana has a high number of infections and deaths as a percent of its population. About 212,000 people have fallen ill with the novel coronavirus and more than 6,200 have died.

Shreveport leans Democratic, with surrounding Caddo Parish having voted for Joe Biden in the presidential election. Mayor Adrian Perkins calls it the most conservative Democratic parish in the entire state. Mask wearing and social distancing have been a hard sell. Now, like places everywhere in the U.S., the novel coronavirus has upended lives and routines.

The state fairgrounds are just off Interstate 49, which runs along the west side of the city, a predominantly Black area. Nationally, Black Americans have suffered disproportionately. Cases of the novel coronavirus are 2.6 times higher among Black Americans compared with Whites, and deaths are 2.1 times higher, according to the CDC.

Like most Southern cities, Perkins said, Shreveport is divided into two distinct sections, and the interstate is the proverbial “tracks” that separate them. Signs of economic hardships are apparent all over the west side. Paint peels off some houses, while others are boarded up and are crumbling into ruins.

The more prosperous downtown is struggling, too. Shreveport’s economy, like that of so many communities in the U.S., hinges on defeating the virus. The streets downtown are quiet these days. Workers are at home. Theaters remain closed. Signs in the restaurants and cafes that are open ask people to wear masks.

Casinos, massive employers in the area, are trying to survive. One has already closed for good. At Sam’s Town, plexiglass separates slot machines, with many turned off for social distancing. Next door, Eldorado ends table games early so workers can clean the poker chips at the end of the night. Guests wear masks except to sip their drinks and take drags of their cigarettes. Restaurants are going through similar contortions to remain open and hold on to customers.

The fairgrounds flu-vaccine clinic help show what the state is up against. Cars trickle in more slowly than regional public health director Martha Whyte would like. The day started with a supply of 1,500 shots but only 400 people showed up to get their flu vaccine. Whyte, who is a doctor, still deems the day a success. “I just wish we had more people,” she said.

Perhaps, she speculated, most people already received their flu shots: It’s November and the U.S. Centers for Disease Control and Prevention encouraged people to get vaccinated before the end of October.

Ensuring vaccines are distributed equitably is a priority of the state’s Covid-19 vaccination campaign. Perkins and Whyte agree the fairgrounds offer a good place to reach the most vulnerable residents, even if many won’t be able to drive there on their own. The fairgrounds run along a bus route, which could easily enable walk-up shots.

A more aggressive outreach is also on the drawing board: deploying groups of health workers to homeless shelters, food banks, jails or other venues. The state started using such “strike teams” two years ago to vaccinate at-risk people during outbreaks of hepatitis A. It now uses them for flu shots. Strike teams could also go to homes of people unable to get to doctors’ offices, pharmacies and other medical settings, Welch said.

Clinics and strike teams will work only if people agree to get a shot. Whyte, the regional health director, worries that not enough people are taking the pandemic seriously. She uses her personal experience to educate doubters: Her husband spent two months on a ventilator, nearly dying before receiving convalescent plasma from the region’s first coronavirus patient. Even so, she’s been crudely attacked on social media and once compared to the Soviet Union’s Joseph Stalin.

“People aren't happy with the restrictions, and they aren't happy with having to isolate or quarantine, so you sometimes have to tell people things they don't want to hear,” Whyte said.  “All I can do is tell them what this virus is, what it's going to do and what they need to do in response.”

At the drive-thru clinic, cars were few and widely spaced out as the day wore on,  giving nurses from the health department time to sit in lawn chairs and chat, some holding umbrellas to shield themselves from  an unseasonably hot sun.

Nurse Dawn Leone’s family had been meeting on Sundays to worship together when someone brought home the virus. Her husband, mother and father were all in the hospital with Covid-19. In total, nine relatives, including Leone, tested positive. Her mother and husband recovered. Her father died.

“Maybe it’s old news and we’re onto other things,” Leone said, “but it’s a real struggle for families.”