Saudi King Reaches Out to Erdogan by Phone as Tensions Simmer

Saudi King Reaches Out to Erdogan by Phone as Tensions Simmer 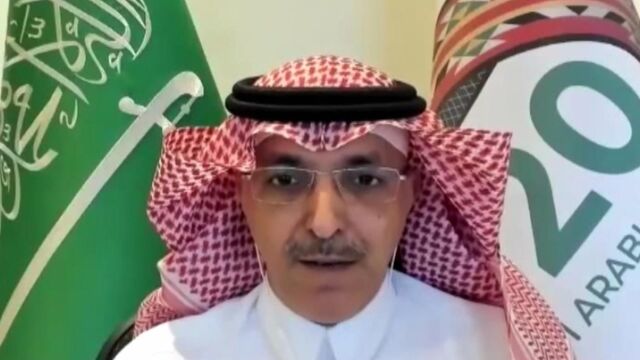 Follow us @middleeast for more news on the region.

Saudi Arabia’s ruler spoke with Turkish President Recep Tayyip Erdogan as tensions damage trade between the countries, outreach that comes as the kingdom hosts a virtual meeting of leaders from Group of 20 countries.

King Salman bin Abdulaziz called Erdogan on Friday to discuss the summit as well as overall ties, according to the official Saudi Press Agency. They “agreed on keeping channels of dialogue open in order for bilateral relations to be enhanced and for issues to be settled,” the Turkish Presidency said.

The nations both face the prospect of a tougher time with the next U.S. administration of Joe Biden, after enjoying strong backing from Donald Trump during his presidency. Trump has often moved to blunt efforts in Congress to punish Turkey and Saudi Arabia with sanctions for everything from the murder of a Saudi dissident to Turkey’s purchase of a Russian air defense missile system.

After Trump Embrace, Saudi Arabia May Find Biden Not So Bad

Years of political disagreement between the two regional powers have deteriorated into a trade battle that’s hitting global brands like Mango.

Saudi officials say they’re increasingly wary of Turkey’s involvement in conflicts in Libya and Azerbaijan and the style of political Islam espoused by Erdogan -- which Gulf monarchies view as a destabilizing influence.

Relations worsened after Saudi agents murdered Washington Post columnist Jamal Khashoggi, a critic of the Saudi leadership, at the kingdom’s consulate in Istanbul in 2018.

In October, Turkish businessmen began saying that Saudi Arabia was hindering their goods entering the kingdom, a claim the Saudi government denies. Soon after, the chief of Saudi Arabia’s chambers of commerce, Ajlan Al-Ajlan, called for a boycott of all things Turkish, and a slew of Saudi businesses announced they’d stop importing products from Turkey -- a decision unlikely to have been taken without government approval.

Saudi Arabia is Turkey’s 15th biggest export market, with sales led by carpets, textiles, chemicals, grains, furniture and steel amounting to $1.91 billion in the first eight months of the year.

In a video statement released on Saturday, Erdogan called King Salman his “dear brother” and thanked Saudi Arabia for its efforts hosting the G-20. Erdogan is scheduled to give a briefing later today.