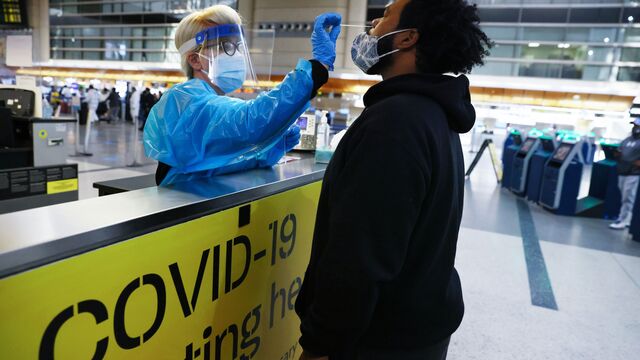 How Airlines Are Trying to Get the World Flying Again

Montreal-based Air Canada is suspending flights to some remote regions, including all routes serving Labrador on the Atlantic coast. The company cited weak demand and new measures imposed by the federal and provincial governments in recent weeks, one of which is a requirement that travelers provide proof of a negative Covid-19 test before flying to Canada.

A spokesperson for new Transport Minister Omar Alghabra said the government is “disappointed” with the cuts and is “developing a package of assistance to the Canadian airline industry,” which will have strings attached.

“Before we spend one penny of taxpayer money on airlines, we will ensure that Canadians get their refunds, regional communities retain air connections to the rest of Canada and Canadian air carriers maintain their status as key customers of Canada’s aerospace industry,” Allison St. Jean, a spokesperson for Alghabra, said in an email.

The comments come as the Liberal government and airlines discuss potential aid for the sector. Airlines have been vocal about how Canada’s closed borders and strict quarantine rules are suppressing demand for travel.

Jerry Dias, national president of Unifor, said he wasn’t aware of any “meaningful” negotiations between the government and the airlines.

“All of the major carriers, the governments, have all said: we understand that this is Armageddon -- but our government has done nothing,” Dias said by phone. “Air Canada is losing millions a day. I’ve never been one to take the company position but the fact is, they’re losing millions of dollars a day.”

Porter Airlines Inc., a smaller Toronto-based carrier focused mainly on commuter routes, is also extending its suspension of service into February thanks to the pandemic.

The collective reduction of flights is becoming a political headache for Trudeau, given it leaves broad swathes of the sprawling nation without convenient air links to major centers. Alghabra was named to the transport post Tuesday in a cabinet shuffle that could be a prelude to an election in which the Liberals hope to win back their parliamentary majority.