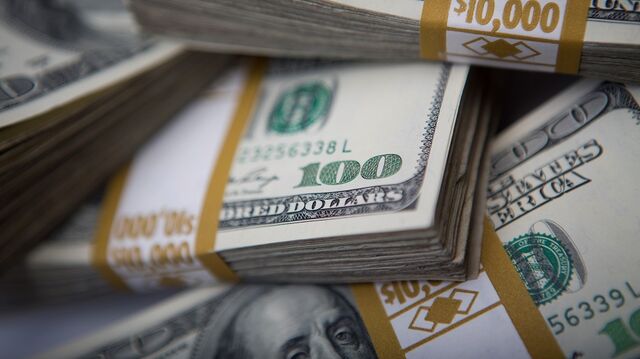 Not shares -- those darlings of the r/wallstreetbets crowd -– but the entire companies.

The estimated sum is $23.2 billion, and it’s the amount that the hedge fund managers on Bloomberg’s annual list of the top 15 earners collectively made in 2020, a year that will loom large in the annals of Wall Street.

Amid Covid-19, Black Lives Matter, Brexit and more, almost all of these money managers would have become billionaires in a single year -- had most of them not been billionaires already. The biggest winner, Chase Coleman, gained $3 billion personally in 2020, according to the Bloomberg Billionaires Index.

The rewards are unlike anything the hedge-fund industry has ever seen. So, too, is the jarring context: the once-in-a-century pandemic, the stay-at-home economy and, now, the spectacle of millions of amateur investors crowd-sourcing their buying power online to battle the pros over GameStop, AMC and other stocks.

That 15 people -- all of them men -- could earn so much so quickly starkly illustrates the widening rift between the ultra-rich and everyone else at a time of heightened unemployment and division over the scope of government response.

It demonstrates “the disconnect between the stock market and the real economy,” said finance professor Reena Aggarwal, director of Georgetown University’s Center for Financial Markets & Policy. While high volatility and low interest rates buoyed hedge funds, much of the population struggled “with worries about health, jobs, mortgage payments and student loans,” she said.

Coleman, 45, has been winning for years. He started his career as a technology analyst at Julian Robertson’s Tiger Management, and his Tiger Global Investments has leaned heavily on tech, especially emerging giants in Asia.

Even before the world had heard of Wuhan or wet markets, Coleman’s New York-based firm had built substantial stakes in Zoom, Peloton and JD.com -- a portfolio almost perfectly positioned for the unprecedented experience of billions of people stuck at home.

Coleman’s fund returned 48% last year, earning him substantial fees. The majority of his gains, though, were from his stake in the fund. One of Tiger Global’s most successful bets was on Sunrun Inc., turning a $340 million investment in the solar-energy company into $1.5 billion.

Other Tiger Cubs or Tiger Grand-Cubs that favor tech, such as Coatue Management, Viking Global and D1 Capital, also made Bloomberg’s list, which doesn’t include profits from their increasingly important venture capital businesses.

Bill Ackman, who shorted credit markets at the beginning of last year to protect his portfolio and then bet on the recovery, appears on the list for the first time. He gained $1.3 billion, largely as shares of his Pershing Square Holdings Ltd. soared 83%.

Ackman’s results were extraordinary even in an extraordinary year. The main funds managed by those on the list returned 38% in 2020, beating the 9.5% average hedge fund return and exceeding the collective 25% gain for last year’s Top 15.

Two funds run by fellow quant manager Renaissance Technologies posted losses exceeding 30%. But its Medallion Fund gained 76%, enough to generate an estimated $2.6 billion gain for founder Jim Simons, who retired as chairman last month. Medallion, open only to employees, has achieved annualized returns of about 40% since it debuted in 1988.

Bloomberg’s list includes only those who continue to manage money for outside investors. So Michael Platt, whose Bluecrest Capital Management returned 95% last year, is excluded, despite an estimated personal gain of $5 billion. Platt and others who manage money only for themselves face fewer restrictions than other asset managers, such as limits on leverage and risk.

Several of the winners in Bloomberg’s ranking have already experienced a rapid reversal of fortune in 2021 as retail traders coordinating on social media wreaked havoc in the market.

Melvin Capital Management’s Gabe Plotkin made about $850 million in 2020 as his firm’s flagship fund returned 53%. But in January, it was caught on the wrong side of the retail mob that pushed up the price of stocks Melvin had bet against. That led to a 53% decline and an estimated $460 million loss for Plotkin personally, illustrating how quickly paper gains can vanish.

“CEOs at Fortune 500 companies can go for years with miserable performance and it doesn’t affect their compensation,” said Erik Gordon, a professor at the University of Michigan’s Ross School of Business. “But hedge fund compensation is more tightly related to performance.”

— With assistance by Demetrios Pogkas, David Gillen, and Ben Steverman

(Updates with Sunrun windfall in 10th paragraph.)
Have a confidential tip for our reporters?
GET IN TOUCH
Before it's here, it's on the Bloomberg Terminal.
LEARN MORE