Robinhood Fails to Meet Deadline to Give Customers Tax Forms 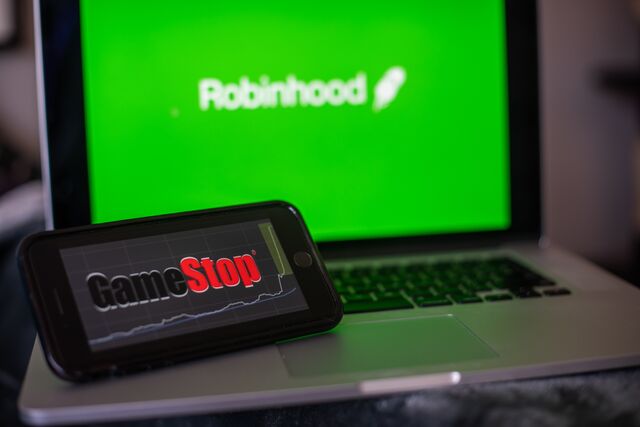 Customers of Robinhood Markets eager to get their U.S. taxes filed woke up on Wednesday to find that the company didn’t meet a deadline to provide the necessary forms.

On its website, Robinhood had pledged to deliver the forms by Tuesday, which was also an Internal Revenue Service deadline. A spokeswoman for the firm blamed “special processing requirements and delays with a vendor” for the hold up.

The “vast majority” of customers would receive their forms by Wednesday evening, the spokeswoman told Bloomberg in a text message. She said later in the day that the company sought and received a 30-day extension to the deadline from the IRS.

Complaints flooded Twitter, hammering the company for the delay and the lack of customer support. The sooner people file their taxes, the sooner they can likely get any refunds owed from the government.

“It’s frustrating, I have everything else ready to file my taxes except my 1099 from Robinhood,” said 34-year-old Tommy Herman from Fairfax, Virginia, who signed up for the platform in 2019 and as of Wednesday morning had not received his documents.

People who have sold stocks, options or cryptocurrencies in 2020 must file a 1099, an IRS form that banks and brokerages send to customers documenting their earnings, losses and tax withholdings.

Hey @vladtenev it says in the Robinhood App that tax documents will be sent by February 16th, but nothing has been provided yet. Are these documents in process?@AskRobinhood

This will be the first year that many people new to trading stocks have to file these types of forms, and some have already said they’re confused about what they might owe. Robinhood said it would provide additional help. “We’ll be providing extra resources throughout this tax season to help people stay informed,” the company spokeswoman said.

George Spalholz, 39, from Orlando, Florida, said he received some, but not all, of his forms from Robinhood. “A simple communication would go a long way, but having to speculate on a ETA, helps no one,” he said.

Robinhood infuriated customers last month by blocking them from buying shares of certain companies, including GameStop. The brokerage eventually disclosed that it had been required to put up more collateral by a clearing agency, but the initial lack of transparency fueled conspiracy theories.

Big brokerages rarely blow past the deadline for issuing tax documents, according to Michael D’Addio, a principal at Marcum LLP, a tax audit and advisory firm.

While most stick to the deadline for issuing 1099 filings, they might issue amended documents a few weeks later, reflecting information that was inadvertently left out initially, he said. People who’ve already filed their taxes by then may have to send the IRS an amended return.

Where is our tax documents?! @RobinhoodApp @AskRobinhood you promised it will be available February 16th! We have an email confirmation! Please someone help us. @RepAOC @AOC we can’t file our taxes without your tax return form! #robinhood #robinhoodtaxes

— With assistance by Ben Steverman

(Updates with detail on Robinhood receiving extension from IRS in third paragraph.)
Have a confidential tip for our reporters?
GET IN TOUCH
Before it's here, it's on the Bloomberg Terminal.
LEARN MORE