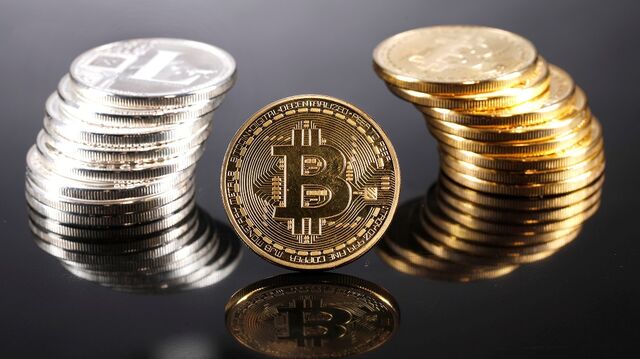 Bitcoin’s losses accelerated, with prices tumbling below $50,000, as investors started to bail on the market’s frothiest assets.

The cryptocurrency tanked as much 18% on Tuesday and traded around $48,000 as of 5:35 p.m. in New York. While the selloff only puts Bitcoin prices at the lowest in about two weeks, investors are starting to wonder whether it marks the start of a bigger retreat from crypto or simply represents volatility in an unpredictable market.

After more than doubling since December, Bitcoin swooned this week with the high-flying stocks that have been among the best performers over the past year as a selloff in the momentum trade accelerated. While tech-heavy equity benchmarks like the Nasdaq 100 almost climbed back into positive territory Tuesday, Bitcoin continued to linger near the lows of the day.

Some high-profile Bitcoin backers said it’s worth taking advantage of the decline to buy more.

“We’re very positive on Bitcoin, very happy to see a healthy correction here, no market is straight up,” Ark Investment Management’s Cathie Wood said in a Bloomberg interview. She didn’t disclose whether Ark made a purchase.

Elon Musk’s comments over the weekend saying the prices of Bitcoin and Ether “seem high” were viewed as the initial catalyst for the selloff. Musk had helped trigger the rally when his Tesla Inc. disclosed on Feb. 8 that it had added $1.5 billion in Bitcoin to its balance sheet. Tesla shares fell for a fourth day.

Square Inc. said Tuesday that it bought about $170 million in Bitcoin. Combined with the payment company’s previous purchase of $50 million, Bitcoin represents about 5% of its total cash, cash equivalents and marketable securities as of Dec. 31.

Meanwhile, the crypto exchange Bitfinex settled a probe with New York Attorney General Letitia James over allegations that it hid the loss of commingled client and corporate funds and lied about reserves. Some market participants saying that the agreement, which included $18.5 million in penalties, lifts a cloud over the cryptocurrency market.

“On the grand scale of things, it’s less than a speeding ticket,” said Antoni Trenchev, managing partner and co-founder of Nexo in London, a crypto lenders. “I’m just excited that they will be revealing more numbers so that we can accurately assess and hopefully that will create some comfort for the market participants.”

(A prior version of the story corrected the headline, second deck and seventh paragraph to clarify Wood did not say she bought Bitcoin.)
Published on February 22, 2021, 9:54 PM EST
Updated on February 23, 2021, 5:36 PM EST
Have a confidential tip for our reporters?
GET IN TOUCH
Before it's here, it's on the Bloomberg Terminal.
LEARN MORE