Next 5G Auction to Feature Large Tracts Sought by Carriers 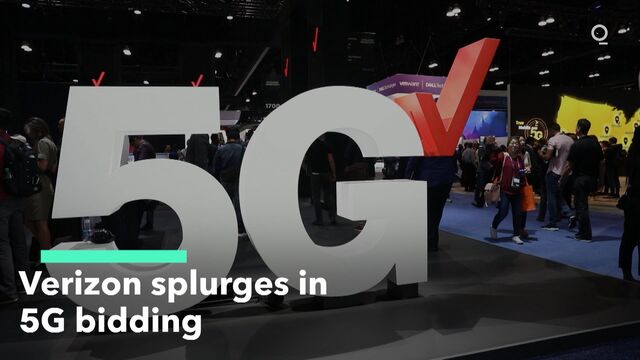 Regulators decided the next U.S. 5G airwaves auction will offer frequencies in portions covering millions of people, a plan backed by wireless giants thirsty for spectrum and opposed by cable providers leery of expensive bidding.

The Federal Communications Commission with a 4-0 vote set rules for the sale that’s to begin in October. It’ll follow an airwaves auction that drew a record $81 billion in bids as companies race to establish next-generation ultrafast 5G wireless service.

“We take action that will move us closer to 5G service that is fast, secure, reliable, and most importantly available everywhere in the country,” FCC Acting Chairwoman Jessica Rosenworcel said as the agency voted at its monthly meeting in Washington.

Mobile providers led by AT&T Inc., Verizon Communications Inc. and T-Mobile US Inc. told the FCC in filings that auctioning via large tracts will help lead to robust investment and rapid expansion of 5G coverage. Cable companies, smaller wireless providers and Alphabet Inc.’s Google said offerings on a smaller county-by-county basis would help lure a diverse set of bidders to vie for the frequencies.

The sale will be the third FCC auction in little over a year for so-called midband airwaves that are prized because they travel far and carry lots of data. Those characteristics make them useful for fast 5G service for next-generation automation of vehicles, factories and homes.

(Updates with comment from acting chair in third paragraph.)
Have a confidential tip for our reporters?
GET IN TOUCH
Before it's here, it's on the Bloomberg Terminal.
LEARN MORE