The wrangling over the best way to go about investing is not only playing out online, but also making its way into the family sphere. 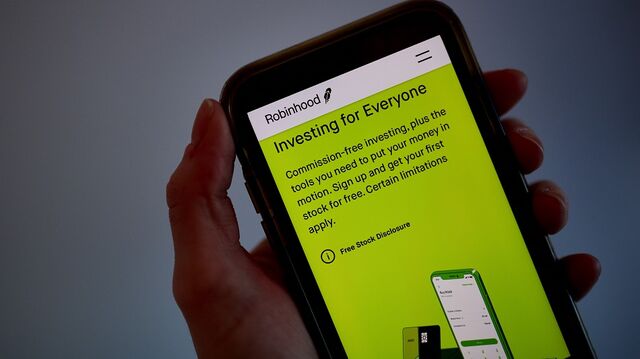 How the Robinhood Generation Differs From Old School Investors

In the Before Times, those seeking thrills, excitement and drama pursued the arts, or perhaps joined the armed forces. Anything, really, except the decidedly uncool prospect of spending one’s days tied to a desk and looking at a bunch of numbers.

Not anymore. Now, getting a Robinhood trading account, checking the price of GameStop Corp. or Tesla Inc., analyzing market data on Excel sheets and buying shares for no reason other than “we like the stock” is considered not only hip, but also a mark of rebellion against the establishment.

Meanwhile, traditional investors — who praise Warren Buffett, prize diligent research and value steady returns — are being taken aback by the new generation’s rampant stock picking, breakneck trading and pursuit of instant gratification. The two schools often collide, piling scorn on each other with derisive memes and posts on social media.

“You have young people educating themselves and learning how the market works, which is a good thing,” said Douglas Boneparth, president of the wealth-management firm Bone Fide Wealth. “But some come off as wanting to be respected for making money in an easy market and they feel attacked if you point out how risky some of their decisions are.”

Scores of studies have shown that the strategy of picking stocks struggles to beat the broader market over the long run, even when done by pros. Actively managed U.S. large-cap funds underperformed the S&P 500 for the 11th consecutive year in 2020, according to data from S&P Dow Jones Indices. They lagged behind even during the period of pandemic-driven volatility in the early part of last year.

One paper found that on average when traders on Robinhood buy a stock, it doesn’t perform better over the next three to 20 days, but actually does a little worse. And another showed smartphones generally make people more likely to buy risky assets and chase past returns.

But all that has done little to discourage the generation driving the rise of so-called meme stocks or even bigger names like Tesla. These new investors follow unconventional strategies, scour social media for tips, discuss their picks on Reddit trading forums such as WallStreetBets, and are sometimes comfortable facing the risk of big losses if that means they learned new skills along the way.

And there’s evidence for their success too. In a paper last year, Ivo Welch, a professor at the University of California, Los Angeles, showed a portfolio of common holdings on Robinhood beat market benchmarks and a quant factor model in the two years through mid-2020.

“‘The suit’ has now become a straw man for the establishment or professionals, but most of us just want to make sure people don’t get hurt,” Boneparth said. “Conflating these two approaches has created this dichotomy of ‘new school investors’ versus ‘old school’.”

This generational debate about the best way to go about investing is not only playing out online, but is also making its way into the family sphere.

Joseph Aldrian, 55, is an airline pilot who has had a trading account for 35 years. His investment style is inspired by pros like Buffett, Peter Lynch and William O'Neil. Throughout the years, his strategy has remained consistent, relying mainly on identifying companies with strong fundamentals like cash flow and earnings. He usually holds his picks for a relatively long time — four or five years.

“I like to get in something way beforehand and slowly build a position in it,” he said. “I don’t like to follow momentum because by the time I’m in, it forces you into being a day trader, and goes up so fast and then crashes down.”

His son Kevin Aldrian, 20 — who has been actively trading for about three years — goes about things a bit differently.

“My strategy is a lot more my day and age,” he said, adding that he often gets in and out of positions in a single day. “My dad is mainly focused on fundamentals but for me, it’s about 90% technicals and only about 10% fundamentals. When I’m trading, I’m getting all my data based off of charts and I just trade off of what the chart is telling me.”

The strategies have yielded different results for the duo. The father saw returns of 77% in 2020, while his son ended the year in the red. But the younger Aldrian says that’s because he was still in the process of figuring out a successful strategy focused on technical analysis. He’s making progress and is up 55-65% in the past month, he says.

He regularly monitors social media for information on stocks, but has learned lessons from his father: don’t be swayed by online hype, be wary of pump and dump schemes and stay on top of reading about crucial company and industry information.

The veteran investor has also picked up a few things from the younger Aldrian. When GameStop started to take off earlier this year, fueled by enthusiastic traders congregating on Reddit, his son pointed out the potential for gains.

“I’m on Reddit every single day and I’m constantly analyzing all social media posts and people on Twitter, so I’m seeing this data way faster than my dad is able to,” Kevin Aldrian said.

He persuaded his dad to buy into AMC Entertainment Holdings Inc., a “meme stock” that also benefitted during the Reddit-driven GameStop frenzy. Both made big gains, they say, after buying in at around $2 and selling at $17.

Joseph Aldrian sees the internet as a tool that’s leveled the playing field between Wall Street and the common investor, because it has opened up access to information. But he also advocates healthy skepticism. “I’ve found that if you follow anyone without having some type of investment thesis, you’re going to get burned,” he said.

Mark Tilbury, 53, from Kent, England, is hoping to bridge the generational divide by engaging with young people on one of their favorite social media apps, TikTok. He’s built up about 6 million followers on the platform by sharing money-related advice from his 30 years of investing experience.

Tilbury — who also has a YouTube channel — believes his videos fulfill the job of a traditional business mentor, and he sees TikTok as a platform that can help more than hurt young investors because it points them to tools on how to manage finances that they didn’t have before.

“It’s a mix of entertainment and education,” he said. “It’s exactly what I would have liked to have seen when I was younger. I would have benefited from that.”

He’s not worried about younger investors making mistakes while they gain experience, preferring to call them “learning opportunities.” “As long as you take from it and learn, and you’re not injured by it, that’s good education” he said. “Let it go, learn a lesson, and move on and be better at what you’re trying to do.”

The problem, of course, is that while the experience of watching the latest viral dance video on TikTok doesn’t necessarily have anything to do with your money, blindly following the financial misinformation that’s rampant on the platform can lead to catastrophe in your bank balance.

As for the Aldrian duo, they trade together every morning in front of a total of seven screens at their home in Virginia. When dad is flying, they still message each other on the Discord platform about the market. Their shared insights also land on Kevin Aldrian’s TikTok account, which features regular appearances by his father.

“I knew that the knowledge that he could give to these newer investors is genuine knowledge,” Kevin Aldrian said.

“I always want to be corny and he always wants to dial me down,” his father responded. “But yeah, I like to do funny stuff.”

(Adds detail on Mark Tilbury’s YouTube channel. An earlier version of the story corrected the spelling of Warren Buffett in the third paragraph. )
Have a confidential tip for our reporters?
GET IN TOUCH
Before it's here, it's on the Bloomberg Terminal.
LEARN MORE