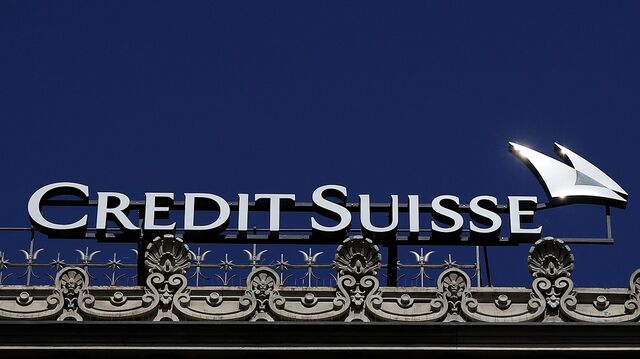 WATCH: WATCH: Credit Suisse CEO Gottstein is facing tough questions from his own staff, his board and investors about losses tied to Archegos. Su Keenan reports.

Want the lowdown on European markets? In your inbox before the open, every day. Sign up here.

For the second time in a little more than a week, Thomas Gottstein was facing a tough crowd: his own bankers.

The chief executive officer of Credit Suisse Group AG gathered dozens of managing directors at the global bank on a conference call late Tuesday, as part of crisis-management efforts after the lender announced that it stands to lose as much as $4.7 billion amid the meltdown of hedge fund Archegos Capital Management.

According to people with knowledge of the call, Gottstein was grilled on the exposure and risk profile of the bank -- and why it lost so much more than rivals in the debacle. Gottstein could not yet give detailed answers, and instead pointed to the arrival of new chairman Antonio Horta-Osorio later this month as an opportunity to reassess its strategy, the people said.

The 57-year-old Swiss CEO is facing demands for answers from his board of directors and from the star traders, dealmakers and private bankers who are facing a double whammy. The shares they were just awarded for last year’s efforts are already down about 20% and the gains of a banner first quarter have been wiped out by the massive hit from Archegos, meaning 2021 may not bring richer rewards.

A spokesperson for the bank declined to comment on the call.

That leaves Gottstein, who has pledged a “clean slate” after scandals under his predecessor, wedged between disgruntled staff and his own bosses who are increasingly taking charge. It was the board of directors who took the decision to replace Chief Risk Officer Lara Warner and investment bank chief Brian Chin, not Gottstein, according to a separate person familiar with the matter. The board is pushing for a review of the bank’s wider strategy, not just the units that have run into trouble, the people said.

The bank’s shares are down 12% so far this year, driven down by the effect of the Archegos losses and the as-yet-unknown cost of cleaning up after the collapse of Greensill Capital. Credit Suisse is the only major investment bank with its share price in decline, as peers reap the benefits of continued market volatility amid the uncertain recovery from the global pandemic.

Share awards for 2020 were priced at around 13 Swiss francs per share, according to people with direct knowledge of the matter. Credit Suisse’s shares currently trade at about 10 francs.

Gottstein and the bank’s senior management are already risking the animus of clients who’ve been caught in the Greensill scandal. The lender is leaning toward letting investors foot the bill for eventual losses in funds that the bank ran with former billionaire Lex Greensill’s company, reversing previous hints that it would compensate them, Bloomberg reported this week.

Even though many of the business decisions that led to the Greensill and Archegos blow-ups pre-date Gottstein’s time as chief executive, he remains for now in charge of a bank that’s adrift until the full scale of the losses is known and strategy can be either affirmed, or changed.

Gottstein is trying to recover from a bigger hit to the bottom line than crises that brought down some peer executives. In 2011, Oswald Gruebel resigned as CEO of UBS in the wake of a $2.3 billion loss from unauthorized trading. Gottstein’s predecessor Tidjane Thiam left the bank in the wake of a spying scandal that did not result in any direct financial hit.

Question marks now hang over the long-standing “one bank” strategy of cross-selling products from the investment bank, wealth management and asset management to the same set of clients. A further open issue remains the future of the asset management unit, which Gottstein has suggested could be separated completely from the rest of the bank.

A lot then rides on Horta-Osorio, the 57-year-old chief executive at Lloyd’s Banking Group Plc who’s due to become chairman if voted in by shareholders on April 30. With Horta-Osorio, Credit Suisse is tapping a polyglot retail banking veteran who brings an outside perspective and international experience -- and his own history of dealing with controversy.

“Radical change is badly needed at Credit Suisse”, Kepler Cheuvreux analyst Nicolas Payen wrote in a note to clients, adding that the banks needs to change its risk framework and strategy. “In our view, the worst thing for Credit Suisse now would be the status quo with only cosmetic changes.”

— With assistance by Ambereen Choudhury, and Gillian Tan

(Adds tout in after 8th paragraph)
Have a confidential tip for our reporters?
GET IN TOUCH
Before it's here, it's on the Bloomberg Terminal.
LEARN MORE