Skip to content
What you need to know:
Europe’s Vaccine Nightmare
prognosis

U.K. to Avoid Astra Shots for Under 30s as EU Sees Clot Risk 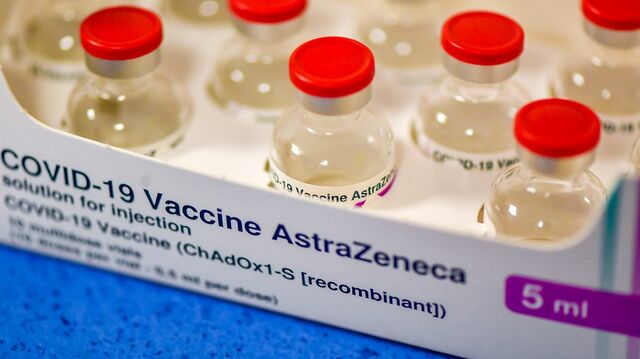 Two drug regulators issued a warning about AstraZeneca Plc’s Covid-19 vaccine, acknowledging a link to a rare type of blood clots and prompting the U.K. to limit the shot’s use in younger adults.

The U.K. is now advising that those under the age of 30 be offered an alternative vaccine if one is available, the Medicines and Healthcare Products Regulatory Agency said Wednesday.

In the European Union, the European Medicines Agency found a “strong association” with blood clots. While the regulator didn’t issue any guidelines about age, the bloc’s health ministers are likely to recommend limiting use to people over 60, Italy’s Ansa reported without citing the source of the information.

The warnings dealt another blow to the vaccine Astra developed with the University of Oxford and continued to cloud its global rollout, despite regulators’ insistence that the product’s benefits outweigh its risks, that the clot occurrences are rare and that the shot should remain a vital tool in the pandemic fight.

“We need to use the vaccines we have to help protect us from the devastating effects” of Covid-19, which causes thousands of deaths every day across the EU, said Emer Cooke, the EMA’s executive director. “When millions of people receive these vaccines, very rare events can occur.”

Governments are keen to accelerate vaccination campaigns as Europe battles a third wave of the virus. Italy, France and Germany have imposed fresh lockdowns recently, and the EU’s plodding inoculation rollout lags far behind those in the U.K. and the U.S.

Concerns about the vaccine center on an unusual type of blood clot in the brain called cerebral venous sinus thrombosis. There were also some cases of clots in the abdomen and in the arteries, which occurred together with low levels of blood platelets. Patients should watch out for symptoms that include chest pain, leg swelling, belly pain and shortness of breath two weeks after vaccination, according to the EMA.

“These clotting disorders are very rare side effects,” Sabine Straus, the head of the EMA’s safety committee, said at a briefing. June Raine, the chief executive of the U.K.’s MHRA, also stressed that such events were unusual.

Astra said it’s studying the individual cases to understand the “epidemiology and possible mechanisms that could explain these extremely rare events.” It’s also working with regulators on their request for new labels on its shots, it said in a statement.

EU health ministers are meeting to try to achieve a joint position on vaccination, according to Portugal, the country holding the EU’s rotating presidency. Individual countries may come up with different recommendations based on their own epidemic situation, the EMA’s Cooke said.

EU #Health Ministers are meeting now:“I hope the meeting will be effective in attaining a joint position on the course of the vaccination plans. It's necessary to combat the spread of disinformation and reinforce confidence in the effectiveness of vaccines against #COVID19.” pic.twitter.com/aXnlIRekHz

Astra shares fell 1.2% in London trading on Wednesday. While the company has pledged not to profit from the vaccine during the pandemic, some analysts have expressed concern that it’s proving to be a distraction for its top management.

The vaccine has been dogged by controversy in the EU. Before the health concerns, the drugmaker got embroiled in a battle with the bloc after a production issue led to delivery delays.

Now the company will need to conduct addition research about the side effects, including laboratory studies to better understand to vaccine’s impact on clotting, the EMA said. The universities of Utrecht and Erasmus in the Netherlands will also look into the risk at the EMA’s request, with data expected in the next few months.

The EMA’s safety group hasn’t identified a “definite cause” or a patient profile that would be most at risk, although younger women appear to be most affected. Based on rates observed so far in Germany, which has been doing close surveillance, the brain clots probably occur in one vaccinated person per 100,000, according to the agency.

The U.K. regulator pegged the risk at about 4 in a million, with a “slightly higher incidence” in younger adults.

Questioned about whether the risk was acceptable for otherwise healthy people, Peter Arlett, EMA’s head of analytics, drew a parallel with the contraceptive pill, in which women willingly take a medicine estimated to causes blood clots in four out of an estimated 10,000 over a year.

“It is a course correction, but nevertheless it is full speed ahead for the U.K. vaccine program,” he said.

(Updates with report on EU recommendation, AstraZeneca statement)
Have a confidential tip for our reporters?
GET IN TOUCH
Before it's here, it's on the Bloomberg Terminal.
LEARN MORE