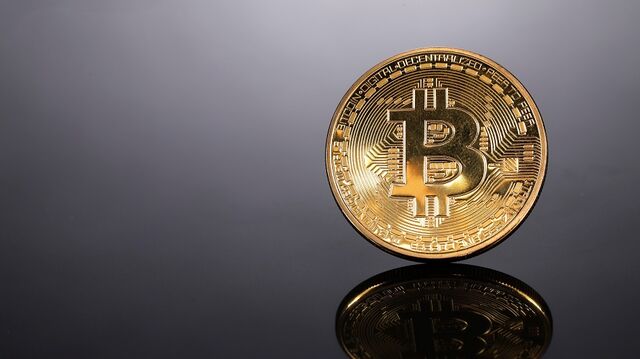 Peter Thiel is “pro-crypto” and “pro-Bitcoin maximalist,” but he also thinks the cryptocurrency may be undermining America.

Thiel, the venture capitalist and conservative political donor, urged the U.S. government to consider tighter regulations on cryptocurrencies in an appearance on Tuesday. The statements seemed to represent a change of heart for Thiel, who is a major investor in virtual currency ventures as well as in cryptocurriences themselves.

“I do wonder whether at this point, Bitcoin should also be thought [of] in part as a Chinese financial weapon against the U.S.,” Thiel said during an appearance at a virtual event held for members of the Richard Nixon Foundation. “It threatens fiat money, but it especially threatens the U.S. dollar.” He added: “[If] China’s long Bitcoin, perhaps from a geopolitical perspective, the U.S. should be asking some tougher questions about exactly how that works.”

“Even though I'm a pro-crypto, pro-Bitcoin maximalist person, I do wonder whether if at this point Bitcoin should also be thought of in part as a Chinese financial weapon against the U.S.” says @Paypal co-founder Peter Thiel.

Thiel was joined by former Secretary of State Mike Pompeo and former National Security Advisor Robert O’Brien. The conversation between Thiel, who has frequently criticized American companies that do business with Beijing, and two hawkish former members of the Trump administration, was largely focused on U.S.-China relations. It was moderated by Hugh Hewitt, the talk radio host and the chief executive of the Nixon Foundation. Forbes previously reported some details of the event.

During the talk, Thiel expanded upon previous criticism of Alphabet Inc.’s Google, which he accused of working against American interests in a 2019 speech. On Tuesday, he added that he’d pressed employees in the company’s artificial intelligence division about whether their technology was being used in China’s Xinjiang region, where the U.S. says the country has detained ethnic Uyghurs in internment camps, which some U.S. officials have said amounts to genocide. The answer, Thiel said, was, “Well, we don’t really know—and don’t ask any questions.” Thiel continued: “You have this almost magical thinking that by pretending that everything is fine, that’s how you engage and have a conversation.”

China has denied mistreatment of ethnic and religious minorities in Xinjiang. In a statement, Google said it doesn't work with the Chinese military and is "proud to continue our long history of work with the U.S. government, including the Department of Defense, in many areas including cybersecurity, recruiting and healthcare.”

Thiel, who left Silicon Valley in dramatic fashion in 2018, complaining that it had become a “one-party state,” didn’t confine himself to criticizing Google. He suggested that the U.S. scrutiny of American tech companies should also include Apple Inc., noting that the company makes most of its devices in China, where labor standards are laxer than in the U.S. and Europe. “Apple is probably the one [tech company] that’s structurally a real problem” for U.S. interests, he said. “Apple is the one that has real synergies with China.”

Thiel also suggested that the U.S. should follow India in banning TikTok, the social app owned by Chinese company ByteDance Ltd., and which he called “this sort of incredible exfiltration of data about people.” Thiel noted that if it were banned, TikTok would likely be replaced by similar apps, as has happened in India. “I don’t think it was like a tremendous, tremendous loss” in India, he said.

The TikTok comments dovetail with messaging from Facebook Inc., where Thiel sits on the board of directors. Facebook has portrayed TikTok as a threat to U.S. values. But Thiel also criticized Facebook itself, for nurturing what he called “woke politics,” noting that the company had declined to take a firm stand on protests in Hong Kong last year. “There were more employees at Facebook who were born in China than who were born in Hong Kong,” he said. “And the Chinese nationals actually said that, you know, it was just Western arrogance, and [the company] shouldn’t be taking Hong Kong’s side … And the rest of the employees at Facebook sort of stayed out of it.”

Thiel also criticized Facebook—along with other tech companies—for “de-platforming President Trump,” a reference to the company’s decision to ban President Donald Trump for inciting the Jan. 6 storming of the U.S. Capitol. “There’s been outright censorship,” Thiel said. “And when you do it with the President of the United States, that does feel like you have really crossed some kind of Rubicon.”

The appearance with Pompeo could have implications for the 2024 presidential race. The former secretary of state is widely seen as a possible candidate for the Republican nomination—and Thiel has signaled a willingness to back figures closely aligned with Trump. He was a major backer of Trump in 2016, and recently donated $10 million to a PAC supporting the potential Senate candidacy of J.D. Vance, an author and conservative political figure who previously worked at a Thiel-backed venture capital fund.

(Adds statement from Google in the sixth paragraph. )
Have a confidential tip for our reporters?
GET IN TOUCH
Before it's here, it's on the Bloomberg Terminal.
LEARN MORE