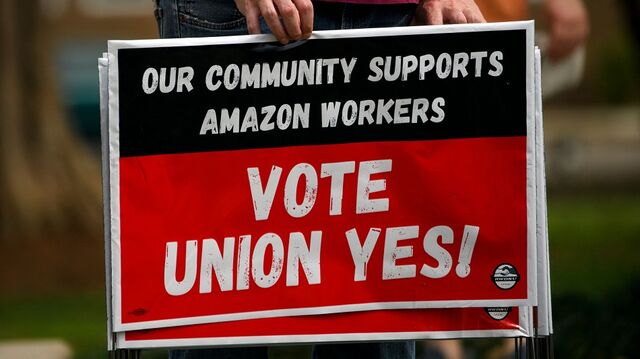 More than 3,200 ballots were cast in an election to decide whether Amazon.com Inc. employees will join a retail union, about a 55% turnout, according to the Retail, Wholesale and Department Store Union.

Vote counting in the closely watched union election at an Amazon warehouse in Bessemer, Alabama, will begin on Thursday or Friday, said the RWDSU, which is bidding to represent the workers. About 5,800 employees were eligible to vote.

The election ended on March 29, but Amazon and the union spent several days reviewing sealed ballots for irregularities such as problematic signatures, ripped envelopes and ineligibility to vote. These contested ballots, which the RWDSU said number in the hundreds, will be reviewed later only if there are enough of them to swing the outcome of the election.

If the winning margin in the count exceeds the challenged ballots, a victor will be declared. If not, the National Labor Relations Board will hold a hearing to determine the validity of challenged ballots and add those deemed acceptable to the final tally. Both sides also have an opportunity to contest the election before the NLRB certifies it as final.

The count, which is expected to last several hours, will be open to the media via Zoom.

The election is one of the highest profile clash to date between the anti-union company and organized labor. Pro-union workers at the facility have said they want a bigger say in how the high-pressure workplace operates. Amazon contends that its $15-an-hour starting wage and benefits package is appropriate and already covers what unions typically demand.