His plan to open up the economy to the world may be jeopardized by his reputation.
By
Donna Abu-Nasr
@DonnaAN1 More stories by Donna Abu-Nasr
April 8, 2021, 12:01 AM EDT

On Tahlia Street, a busy commercial boulevard in central Riyadh, a rotating digital billboard shows ads for oud fragrance, white boxer shorts, and a glittering diamond watch. Then comes an image of Crown Prince Mohammed bin Salman seated at a desk, with one of his latest soundbites: “Saudi Arabia plans to spend more in the next 10 years than it has in the past 300.”

The poster went up hours after the prince unveiled new steps to bolster the economy on March 30. These were the latest in a series of initiatives since the beginning of the year that have reminded Saudis who’s in charge of the kingdom. The subliminal message is that any mistakes from the past five years are firmly behind the 35-year-old prince.

Yet internationally, the Saudi heir has two stains on his record that he can’t seem to make go away: the war in Yemen and the 2018 murder and dismemberment of critic and Washington Post columnist Jamal Khashoggi by Saudi agents at the Saudi consulate in Istanbul. With a less pro-Saudi White House, these threaten to undermine Prince Mohammed’s economic transformation plan, which relies at least partly on Western money.

According to government figures published on March 31, foreign investment in Saudi Arabia reached a new high in the last quarter of 2020. Yet it was Egypt and India that topped the list of 10 countries awarded projects there, followed by the U.S. and U.K., the only Western nations on the list.

At an online event hosted by the Colorado Springs World Affairs Council on March 10, Fahad Nazer, the spokesman for the Saudi Embassy in Washington, urged participants to visit his country and invest to help the kingdom “move this exciting stage of our development forward.” One attendee raised a red flag. “The things that you’re talking about are exciting,” he said. “But it’s hard to get past Jamal Khashoggi.”

President Joe Biden has made it clear the U.S. relationship with the kingdom won’t be as cozy as it was under former President Donald Trump, emphasizing the need to reach out to King Salman rather than his son. Biden allowed the declassification of a U.S. intelligence report that implicated Prince Mohammed in the Khashoggi killing; the Saudi government rejected the finding as a “false and unacceptable assessment.”

King Salman, however, has been conspicuous by the low profile he’s kept recently. Although the monarch still chairs the weekly cabinet meeting and sends public messages to world leaders, his son is now very much the face of the country.

Indeed, Prince Mohammed, also known as MBS, has tried hard to shift the focus back onto Vision 2030, his transformative plan for the nation’s future. His recent efforts range from working to reform the judiciary to calling heads of state to discuss the environment. He’s also keen to play the role of statesman in a region that’s not getting any less volatile. Like his father, he called Jordan’s King Abdullah II to express solidarity after the country announced on April 3 the discovery of a conspiracy to destabilize the nation.

In Yemen, where Saudi Arabia led a war that caused the world’s worst humanitarian crisis, the kingdom is spending hundreds of millions of dollars to provide food and health services, build schools, and aid farmers, making it the biggest donor to its neighbor. It also put a peace plan on the table last month that the Iran-backed Houthi rebels have yet to accept. Such efforts haven’t obscured Saudi Arabia’s role in the conflict. On its sixth anniversary in March, a coalition of human-rights groups initiated an awareness campaign highlighting what it called Prince Mohammed’s “assault” on Yemen and dismissing Saudi financial relief as a whitewash tactic.

Some observers believe the prince has squandered goodwill from the West, which welcomed his changes to a society long governed by an austere strain of Sunni Islam and his plans to overhaul an economy long dependent on oil. “MBS would’ve been the West’s darling had there not been Yemen and Khashoggi,” says Ayham Kamel, head of the Middle East and North Africa at the political risk consultancy Eurasia Group. “Europe and the U.S. were charmed by his outlook on reforms. That damage is in some ways irreparable.”

That could have an impact on attracting Western investment to a country where obstacles to doing business include an unpredictable judiciary (something the government is trying to change) and frequent delays in government payments. “Investors will only come if there are significant returns, especially given the PR issues,” Kamel says. Prince Mohammed has said he expects 90% of Vision 2030 funding over the next 10 years to come from domestic sources.

The prince’s reform efforts, as well as steps to improve the country’s human-rights image such as the release of women’s rights activist Loujain al-Hathloul from prison, appear to be attempts to mollify the Biden administration. A Saudi official says the kingdom’s actions aren’t related to changes in political leadership anywhere else in the world, but are rather in line with Vision 2030’s objectives. The official, speaking on condition of anonymity, says U.S.-Saudi relations are historic and multidimensional and have continued to deepen.

To Gregory Gause, a professor of international affairs at Texas A&M University, Prince Mohammed remains “on probation,” in the U.S. at least. Biden’s policy appears to give the Saudi leader room to repair his standing in Washington by seeking peace in Yemen and toeing the U.S. line in the region. In the meantime, says Gause, “I do not think he has been fully rehabilitated in the American context, or that Yemen and Jamal are behind him.”

BOTTOM LINE - Prince Mohammed is trying to overcome the damage to his international standing from the war in Yemen and Jamal Khashoggi’s killing.
Before it's here, it's on the Bloomberg Terminal. LEARN MORE
Have a confidential news tip?
Get in touch with our reporters. 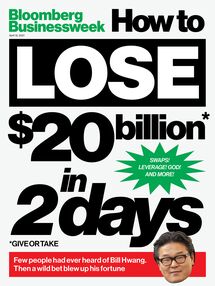