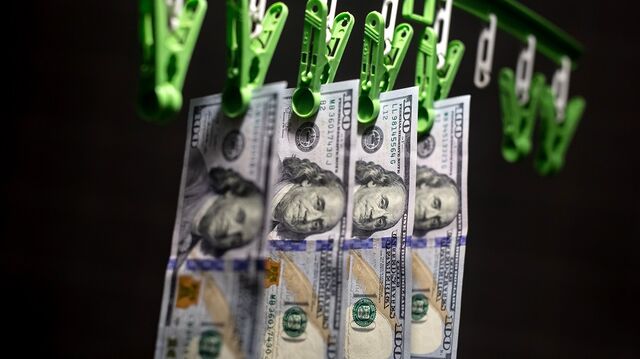 Jeff Bezos has an ex-wife, a girlfriend, four children and billions of reasons to watch whether Joe Biden’s tax overhaul wins congressional approval.

The Amazon.com Inc. founder’s heirs may have to pay more than $36 billion if the president succeeds in closing a loophole that helps the rich transfer much of their fortunes tax-free at death.

Under current rules, whoever inherits the Amazon shares Bezos bought in 1994 for $10,000, worth $180 billion today, will receive a so-called step-up in basis, wiping out any capital gains tax liability. Biden’s plan would close that loophole and apply the top capital gains tax immediately when assets transfer to wealthy heirs. If the rate increases -- it’s 20% for holdings like Bezos’s, and Biden has called for boosting it to 39.6% -- the eventual tax bill would too.

For Bill and Melinda Gates, who announced on Monday that they would be divorcing, a change in the step-up rule might be less costly. The Gates fortune, valued at $145.8 billion, is older, and they’ve already sold or donated much of their stake in Microsoft Corp. But $26 billion of Microsoft shares remain, and it isn’t clear how the couple will manage their assets in a split.

Congress estimates that stepping up the tax basis of inherited assets costs the government about $43 billion a year. Ending that practice and raising the rate would amount to the biggest curb on dynastic wealth in decades, altering an American economic landscape dominated by a few wealthy families. An Amazon spokesman didn’t respond to emailed questions about Bezos’s shares.

Read More: How the ‘Step Up’ in Inheritance Taxes Would Work: QuickTake

The proposals are far from becoming law, even though Democrats control both houses of Congress, as they threaten wealthy donors to both political parties who have lobbied against them. But proponents say getting rid of the step-up rule, known to estate planners as the Angel of Death loophole, is crucial to achieving Biden’s vision of tax fairness. Otherwise, economists project that the proposed increase in the top capital gains tax rate would further encourage holding assets until death, decreasing revenue for the Treasury.

The step-up rule allows investors to pass on assets to heirs virtually tax-free, raising the taxable value of a property to its fair market value at the time it is inherited. A beneficiary who inherits a house worth $1 million purchased for $100,000 two decades earlier would have no capital gains. If she later sells for $1.5 million, she only pays tax on $500,000. The rule also applies to Amazon shares, which have risen more than 200,000% since a 1997 public offering, as well as other appreciated assets.

The Joint Committee on Taxation, a nonpartisan arm of Congress, estimates that untaxed capital gains on inherited assets run into the hundreds of billions of dollars a year. About half of unrealized gains belong to the wealthiest 1%, according to an analysis of data in the Federal Reserve Board’s Survey of Consumer Finances. And unrealized and accrued capital gains account for about 40% of the wealth of the top 1%, the Fed data show.

The step-up rule has been criticized as a government-subsidized engine for amassing dynastic fortunes and a cause for widening economic inequality. Even some prominent estate planners say the provision -- enacted a century ago to avoid double taxation at a time when the estate tax had few exemptions -- has outlived that original purpose.

Republicans and some business organizations have criticized the Biden proposal. A study by Ernst & Young commissioned by the Family Business Estate Tax Coalition predicted that eliminating the step-up rule could cost tens of thousands of jobs a year and cut $10 billion from annual gross domestic product.

Opponents of the plan say the burden would largely be avoided by the ultra-wealthy, who can afford sophisticated estate planning, and fall instead on small businesses and family farms, which might have to be sold to pay tax bills.

“Repealing step-up could have a dramatic impact on small manufacturers across the country, potentially requiring families to liquidate businesses, leverage assets, or lay off employees to cover the tax hit,” said Chris Netram, vice president of tax and domestic economic policy at the National Association of Manufacturers, which supported President Donald Trump’s 2017 tax cuts.

Biden’s plan addressed some of those concerns by sparing the first $1 million in inherited appreciated assets from capital gains taxes and by exempting family farms and small businesses in cases where heirs continue to operate them.

The plan has been cheered by progressives, who have long called for an end to the preferential treatment given to capital gains. Frank Clemente, executive director of Americans for Tax Fairness, an advocacy group allied with labor unions, said the gap between taxes on labor and capital is fundamentally unfair and the administration’s plan simply seeks to “tax wealth like work.”

“Our two-tier tax code, with one code for working-class Americans, and another full of special breaks for the people at the very top, has destroyed public confidence in our tax structure that must be fixed,” said New Jersey Democrat Bill Pascrell, chairman of the House Ways and Means Subcommittee on Oversight. “This loophole is one of the chief causes of a broken system.”

A version of Biden’s plan was floated by President Barack Obama in 2015, but it died in a Republican-controlled Congress.

Any substantial change to the step-up rule could upend financial planning for America’s richest families, including the techniques they use to avoid incurring capital gains for decades.

“To the extent to which there is ability to work around the policy, that’s in large part a policy choice,” said Chye-Ching Huang, executive director of the Tax Law Center at New York University School of Law. “There are ways to draft and implement it so it doesn’t allow for large, inefficient tax shelters.”

Currently, wealthy people who need cash can take out loans using stock as collateral, rather than selling shares, which would trigger a tax bill. The technique allows billionaires to fund their lifestyles, then pass their assets to their heirs without ever realizing capital gains.

Larry Ellison, the founder of Oracle Corp. who purchased Hawaii’s sixth-largest island in 2012, had $17.5 billion of stock pledged to such loans as of September, figures in a company disclosure show. The strategy has also been used by Elon Musk, the world’s second-richest person, and Sumner Redstone, the former chairman of Viacom Inc. who died in August. If the step-up rule changes, capital gains taxes on the assets of these billionaires would be triggered by death.

Jobs’ biggest holding was in Walt Disney Co., which gave him shares in connection with its 2006 purchase of Pixar, the animation studio Jobs had bought from filmmaker George Lucas two decades earlier. By the time Jobs died, his Disney shares were worth $4.5 billion, and his shares of Apple, stemming from a 2003 stock grant, were worth about $2.1 billion.

Between the two holdings, there were at least $5 billion of untaxed capital gains at the time of his death, meaning the step-up in basis could have saved his family more than $750 million in taxes, a review of corporate filings shows. Jobs’ fortune passed to his wife Laurene Powell Jobs, whose wealth has since swelled to $22 billion, making her the world’s 80th richest person, according to the Bloomberg Billionaires Index.

A spokesperson for Laurene Powell Jobs, who would have inherited any Apple shares at a stepped-up price, didn’t respond to a request for comment.

The nation’s wealthiest families have spent millions of dollars lobbying Congress in recent years to blunt attempts to increase taxes on inherited wealth, and those efforts have often paid off.

Members of the Mars family, who built an empire on candy and pet care, helped lead the fight against the estate tax during George W. Bush’s presidency and have lobbied against efforts to increase taxes on inherited wealth since, according to congressional records.

When Forrest Mars Jr. died in 2016, he left his heirs a fortune worth more than $25 billion. Today, six family members are among the world’s 500 richest people, according to the Bloomberg index, sharing a combined fortune of more than $130 billion. A spokesperson for the Mars family declined to comment.

Administration officials say retaining the step-up rule would undermine the effort to raise more revenue from the wealthy through higher taxes on investment income.

An estimate released by the Penn Wharton Budget Model, a nonpartisan fiscal policy research group at the University of Pennsylvania’s Wharton School, last week found that raising the top capital gains rate to 39.6% would raise $113 billion in new revenue over the next decade -- but only if the step-up in basis is severely restricted. If the policy remains unchanged, raising the capital gains rate would motivate more wealthy people to avoid selling assets before their deaths, costing the Treasury $33 billion in lost revenue over 10 years, the study found.

Another study published in January by the National Bureau of Economic Research says an increase in the top capital gains rate could generate more revenue than Congress estimates because asset owners have less flexibility on when to realize gains. Eliminating step-up in basis would further decrease flexibility, the study said.

“You’re telling me that if I effectively doubled the rate and make death a realization event that you’re not going to get much money from it?” said Owen Zidar, a professor of economics and public policy at Princeton University and one of the study’s authors. “I find that hard to believe.”

But even if Biden’s plan is adopted, tax lawyers and accountants will likely find ways to increase flexibility by using charitable donations and novel estate planning strategies.

“The story of taxing rich people throughout history is that they will always find ways to sidestep taxes,” said John Ricco, author of the Wharton study. “This will certainly narrow the avoidance opportunities –- perhaps not as much as the proponents of the Biden proposal hope, but it will have some bite to it.”

(Adds comment from Representative Bill Pascrell in 16th paragraph.)
Have a confidential tip for our reporters?
GET IN TOUCH
Before it's here, it's on the Bloomberg Terminal.
LEARN MORE