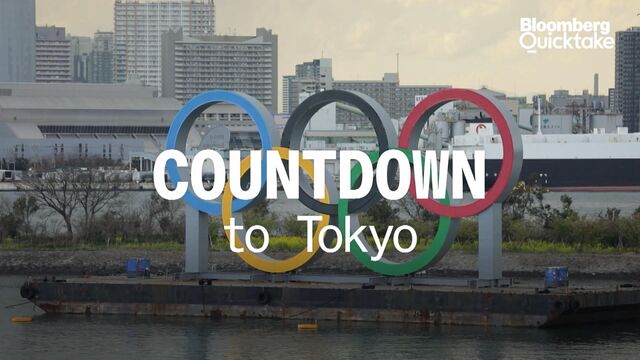 With flames scheduled to rise from the Olympic cauldron in just six weeks, the prospect of staging the Tokyo games is still firing up public angst rather than the optimism it did in 1964.

Tokyo 2020 was never expected to compete with the symbolism of Japan’s return to the international stage back then or the huge infrastructure development that fueled its growth as an economy.

But in 2013 when Tokyo won the right to host the games for a second time there were hopes it would help drive the nation’s recovery from its tsunami and nuclear disaster, and reposition the country as a destination for 40 million tourists a year.

As the start date nears, there are signs that strong opposition to holding the games among Japanese is beginning to ease.

Still, even the most favorable opinion polls show the public split in half over whether the risk of staging the Olympics and worsening Japan’s virus predicament is worth the attempt to demonstrate human resilience and sporting excellence in the face of adversity.

“Given the myth-like success of 1964, part of 2020 had aimed for that level of achievement,” said Yuji Ishizaka, a sports sociologist at Nara Women’s University who has spent his career researching the Olympics. “But right now the purpose of having the 2020 Olympics is up in the air.”

Read and listen to more: Japan’s Difficult Choice Between Economy and Pandemic

Since the International Olympic Committee made clear it would press on with the games even if Japan was in a state of emergency, the chances of a last-minute cancellation have receded. That means it is looking more likely that athletes will be able to live the Olympic dream.

For the economy, though, there’s little left to be gained save an improvement in sentiment if the nation finally rediscovers its enthusiasm for the event.

Not a single economist out of 43 polled by Bloomberg in the last week expects a cancellation of the games at this point. Only 16% of them expect the event to support an economic recovery, while 9% expressed concern the games would worsen the virus situation and hit growth.

A two-thirds majority concluded that from this point the Olympics isn’t going to have a net benefit for the economy.

“In 1945 Japan lost the war and it was trying to recover. The Olympics came along in 1964, and everyone was intent on making it a success,” said 81-year-old Yoshinobu Miyake, Japan’s first gold medal winner in 1964. “It wasn’t quite like that at first, but as the Olympics came closer and closer, everyone started flying Olympic colors.”

Those games served as a springboard for Japan’s emergence as a major manufacturing power. A massive spending blitz built key parts of the country’s infrastructure including its bullet trains and the elevated highways that give Tokyo its Bladerunner look.

According to Jun Saito, an economist at the Japan Center for Economic Research, the 1964 games had a direct economic impact worth 3.1% of nominal gross domestic product at the time.

Still, not every part of the legacy of 1964 is welcome.

Japan’s first post-war debt-covering bond was issued right after the Olympics. Since then, growing social security costs and repeated attempts to spend the economy out of trouble have saddled Japan with the developed world’s largest public debt burden.

“It wasn’t solely because of the Olympics,” said Saito. “But if you look at any historical chart of Japan’s public debt it all starts in 1964.”

That’s a problem Japan is still wrestling with. Just this week the government reiterated its plans to balance its budget by fiscal 2025 even though its own projections show it’s not possible this decade.

How quickly Japan manages to vaccinate the population ahead of the latest games and how well it can keep virus cases down are likely to provide the key to how the Olympics pan out and how sentiment might change.

Prime Minister Yoshihide Suga said this week that recent numbers show the nation has been vaccinating at around his goal of 1 million doses a day, and he wants to finish inoculating everyone who wants a vaccine by October or November. So far a total of 19.4 million doses have been administered in Japan.

“You can’t really compare how people feel,” said Miyake, the champion weightlifter from 1964. “But the people of Japan, our citizens, even my friends aren’t really in an Olympic mood yet. I do sense that.”