Chile, Colombia, and Brazil are also expected to shift left amid anger at incumbents.

The apparent electoral win in Peru of Pedro Castillo, a rural union activist from a Marxist party, over conservative rival Keiko Fujimori signals what may be a far-reaching shift to the left in a region ravaged by Covid and filled with fury at ruling elites.

Candidates on the left appear poised for victory in Chile, Colombia, and Brazil over the next 16 months. With leftists already running Argentina, Mexico, Venezuela, and Bolivia, it could resemble the “pink tide” at the start of this century, kicked off by Venezuela’s election of Hugo Chávez in 1998.

“You may have to start thinking about a radically different looking Latin America,” says Brian Winter, vice president of Americas Society/Council of the Americas. “There are deep implications for these countries’ relations with the U.S. and China and their policies toward things like the drug war.”

A dozen regional analysts consulted by Bloomberg Businessweek agree that the public mood is surly, and that incumbents, mostly on the right, are in trouble. They’re divided on where things are headed and whether what happened two decades ago offers useful guidance. But some suspect that the regional turmoil augurs shakeups across the globe.

“Given the devastating economic and health impact of the pandemic and accompanying corruption, the public mood is ‘throw the bums out,’” says Cynthia Arnson, who heads the Latin America program at the nonpartisan Wilson Center in Washington, D.C. “Expect outsiders to win elections. The word that comes to my mind is not so much ‘left’ as ‘volatile.’” Indeed, Sunday’s midterm elections in Mexico saw the ruling leftist Morena party lose some of its dominance.

With a population of almost 600 million in three dozen countries, Latin America defies easy generalization. There are patterns, however. It’s the globe’s lowest-growth, most violent, and most unequal region. And the economic standouts, the tigers—Chile, Colombia, and Peru—are facing radicalization. Currencies are in decline, bond yields are rising, and fund managers who’ve increased stakes in emerging markets are worried.

The pandemic hit Latin America harder than any other region and continues to take an unspeakable toll. More than 25 million have been infected with the coronavirus in the region, and almost 1 million are dead. Health systems were quickly overwhelmed; the many workers in the informal economy suffered. Those without bank accounts couldn’t benefit from government aid. Vaccines have been slow to arrive because governments failed to negotiate for them; the rich and politically powerful have gotten shots either on quick trips to Miami and San Diego or through connections at home, leading to influence peddling scandals.

But the pandemic didn’t create dissatisfaction; it exacerbated it. Much of the region was aflame in late 2019 with hundreds of thousands in Chile protesting a fare increase in public transport and in Colombia demonstrating against police brutality. Those in the streets spoke of disenchantment over inequality and inherited privilege.

Coronavirus pushed those demonstrators indoors for more than a year, and illness, poverty, and anger festered. Now they are back outside, even more fired up.

“The right hasn’t provided or delivered,” says Sergio Guzmán, director of Colombia Risk Analysis, a political risk consulting firm in Bogotá. “They promised rural education, infrastructure, equality, water, and sanitation and, lo and behold, we haven’t had any of those things. So the next step is rejection of the business class and the current economic model.”

These countries are heavily dependent on exports of soy, oil, and copper, and commodity prices are spiking, as they did 15 years ago. But this time, no one expects the governments to be flush enough to spend much on popular programs because they are so mired in debt. And not only is there no Chávez—a charismatic ideologue seeking international leadership—but Venezuela and Cuba are understood to be failures, not models.

Another important difference: The street demonstrations in Chile, Colombia, and Brazil are driven by youthful activists, not opposition leaders. It remains unclear what the electoral impact of those youths will be, and how many will vote.

The expected shift will strengthen relations with China and reduce pressure on President Nicolás Maduro in Venezuela to hold free and fair elections, two developments that will challenge the Biden administration. More broadly, the U.S. will find it harder to influence events.

Perhaps the biggest change looming is in Chile, which for three decades has been South America’s investor standout, a laissez-faire laboratory whose success has been unequally distributed. A communist, Daniel Jadue, is leading the polls for November’s presidential election.

In an interview with Bloomberg on Wednesday, Jadue, 53, urged international investors to “think about the role they’ve played in the mess and problems of the region.” He said only those willing to contribute to the well-being of Chileans will be welcome to operate there if he is elected. He added that the change under way in Chile is the result of “people coming to the realization that neo-liberal policies are incompatible with democracy.”

In mid-May, elections were held for drafters of a new constitution to replace the dictator-era one of the 1980s. The government’s right-leaning coalition failed to get the one-third it needed to block proposals. Most of the drafters chosen are newcomers to electoral politics and include feminists, indigenous advocates, and leftist activists who’ve been leading the demonstrations.

Outgoing President Sebastián Piñera signaled the concerns of the business class when he said in a recent speech that he hoped water and property rights would be safeguarded in the next constitution. The new drafters are pushing to reduce inequality and increase inclusiveness, and it’s unclear if they can do that without sacrificing economic growth and investor confidence.

Raúl Gallegos, based in Bogotá for Control Risks, a global risk consulting firm, says he expects that next May, leftist candidate Gustavo Petro will win the presidency of Colombia. Petro came second to conservative President Iván Duque in 2018. He is firmly ahead in polls now.

“You have a very young population in Colombia, with 4.5 to 5 million new voters,” Gallegos says. “Even if you take out the 46% who say they won’t vote, that still leaves you a couple million young progressive voters. I see a coalition emerging, an anti-establishment cocktail, of the very poor who have no work and the progressive middle class who worry about the environment and equal rights for neglected and indigenous communities.”

In his youth, Petro, 61, joined the M-19 guerrilla group—infamous for its violent 1985 takeover of the supreme court—then helped dismantle it and entered more conventional politics. He was elected mayor of Bogota, where his tenure got mixed reviews. A senator, he has twice run for president, losing by 2 million votes last time.

Colombia is a rarity in the region—it has never had a leftist government. This is generally attributed to three things: the decades-long terror campaign by the Marxist guerrillas known as the FARC, or the Revolutionary Armed Forces of Colombia; the Cold War, during which the country was firmly allied with the U.S. against the Soviet Union; and the aid to the FARC and other terror groups from neighboring Venezuela, which led many Colombians to reject the leftists as foreign invaders.

But all of those phenomena have shifted. The FARC was essentially dismantled in the 2016 peace accords, the Cold War ended three decades ago, and for the past seven years Venezuela has been in such crisis that it can’t afford the same level of interference.

Between the pandemic and an influx of nearly 2 million Venezuelan refugees, President Duque was dealt an awful hand. But he’s made a hash of it, spending his first year trying to redo the FARC deal, the second sending troops to quell street protests, the third in viral lockdown, and now as a lame duck after proposing a tax increase that caused major civil eruptions and the resignation of his finance minister.

Finally, there is Brazil, a wild card. Covid has been especially devastating, killing hundreds of thousands of Brazilians, and President Jair Bolsonaro has taken plenty of blame for denying its threat, declining to promote masks and distancing, and failing to obtain vaccines promptly. Tens of thousands have taken to the streets against him recently. And right now, Luiz Inácio Lula da Silva, who served as president from 2003 to 2011 and was a major figure in the pink tide, is polling as the favorite to win in October 2022.

“They were completely spontaneous and disorganized demonstrations,” says Thomas Trauman, a researcher at Fundação Getulio Vargas, a Brazilian think tank. “It’s very hard to know where things are headed. We are at the beginning of a new commodity cycle. There’s a decent chance that by the end of the year, vaccines will be plentiful and growth will be at 5%.”

Bolsonaro, who’s on the far right politically, spent like a leftist during the pandemic, filling the pockets of tens of millions of Brazilians. This brings up another point some analysts made: Politics are less about ideology and increasingly about personalities.

Nayib Bukele, the president of El Salvador, came from the left, moved sharply right, and now is a singularly powerful leader in the process of removing all institutional obstacles to his growing authoritarian rule. And his approval rating hovers around 90%.

One regional outlier is Ecuador where, last month, Guillermo Lasso took office as the first conservative in a generation. To win, however, he pivoted to a center-left audience that had picked social democrats and indigenous party candidates in the first round, and with whom he is trying to maintain a tenuous working majority in the national assembly. His inauguration was greeted by a major bond rally. But as Andrés Mejía Acosta, an Ecuadorian political scientist at Kings College in London, notes, Lasso “faces the challenge of a difficult economic situation and slow vaccine rollout.” He says the clock is ticking against him.

“The way to think about what is happening may be less a shift to the left than the exhaustion of the political party model,” says Alejandro Velasco of New York University. “Look at Peru. Castillo has very little support in congress. He will be a weak president with a limited mandate. He may not last. And then everything is up for grabs again.” —With Stephan Kueffner

Read next: Climate Change Has Central Americans Fleeing to the U.S. 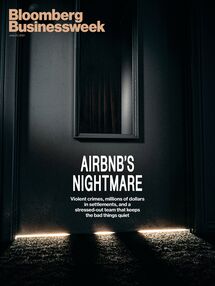