Skip to content
What you need to know:Everything You Need to Know About China’s Covid Protests
Opinion
Matthew Brooker

Bloomberg subscribers can gift up to 5 articles a month for anyone to read, even non-subscribers! Learn more 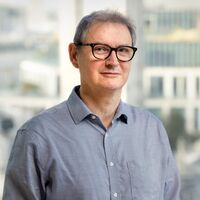 Matthew Brooker is a Bloomberg Opinion columnist covering finance and politics in Asia. A former editor and bureau chief for Bloomberg News and deputy business editor for the South China Morning Post, he is a CFA charterholder. @mbrookerhk
+ Get alerts for

The wave of protests that swept across major Chinese cities and university campuses this weekend is extraordinary. Demonstrations in the Communist Party-ruled nation are far from unknown, but they tend to be local, disparate and limited in scope. What sets these anti-Covid lockdown assemblies apart is that they represent a direct challenge to how the government is running the country. Such a large-scale and unified display of defiance has been unseen since the 1989 Tiananmen movement.

A video of one gathering in Shanghai showed a man shouting “Communist Party!” to a crowd that chanted in reply: “Step down!” “Xi Jinping!” the man shouted. “Step down!” others responded. Students at Tsinghua University in Beijing, an elite school that is Xi’s alma mater, cried “democracy and rule of law!” and held sheets of paper that were either blank or carried red exclamation marks, in a reference to online censorship. “We want freedom!” crowds in the southwestern city of Chengdu shouted. Such scenes may be commonplace in democracies where rights to demonstration and free expression are entrenched. They are astonishing in China, where the party has long experience in stamping out dissent and the space for critical voices has become even more constrained during Xi’s decade-long tenure.