The US Can Contain China, But It Can’t Do It Alone

Conflict in the Indo-Pacific is becoming more likely — and if it happens, the US will need allies.

Bloomberg subscribers can gift up to 5 articles a month for anyone to read, even non-subscribers! Learn more 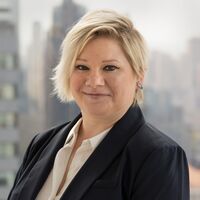 Brooke Sample is an editor for Bloomberg Opinion. She was previously an editor at Metal Bulletin, Bauer Media Group and the Virginian-Pilot. @Brooke_Sample
+ Get alerts for

The world has kept an increasingly wary eye on the China-US rivalry, with tensions growing more heated by the day between the global superpowers. In a series of columns, Hal Brands explores how a war between the US and China would most likely be waged in the Indo-Pacific region and how four key US allies — Japan, Australia, India and the UK — could shape the outcome of an ever-more-likely conflict.

“Just two years ago, it was still a fringe opinion to suggest that China might invade Taiwan or otherwise touch off a major regional conflict in the 2020s,” Hal writes. “Now, in Washington at least, that view is becoming conventional wisdom.” Unfortunately, the data give that view plenty of credence: